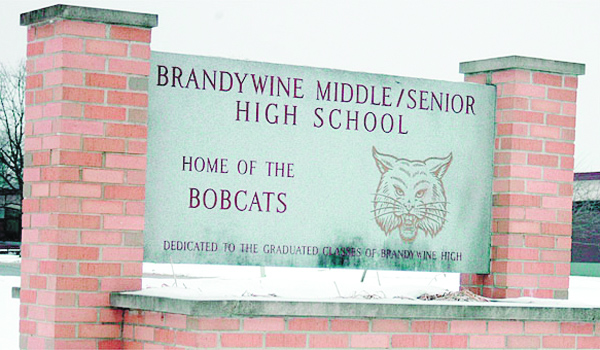 NILES — During the regular Brandywine Community Schools board meeting Monday evening, a change was made official in the middle and high school administration.

A figure who has been at the school for more than a decade gave his resignation, in hopes of enjoying his retirement, and a full football game from the stands.

The resignation of a Brandywine Middle and High School Principal Patrick Weckel was accepted at the meeting by school administrators. Weckel served as principal of the school since 2009.

“[Weckel] submitted his resignation of retirement,” said Brandywine Community Schools Superintendent Karen Weimer. “That was the formal acceptance of it in front of the board. We thanked him for all he has done and wish him well.”

According to Weckel, he has served as a principal in schools for 21 years.

Before coming to Brandywine Community Schools, Weckel served as principal of Berrien Springs High School for three years. Before that, he was the principal of Bridgman Middle School for five years.

“It seemed like a good time to leave,” Weckel said, citing his dedication of 28 years as well as the unique challenges the COVID-19 pandemic brought to operations.

“This year was quite challenging not having the students being here. It was awfully quiet for the most part,” Weckel said.

He said that he looks forward to the fall, when sports will be back.

“Hopefully, I’ll be a spectator,” Weckel said. “I’m going to enjoy watching an entire football game and volleyball game. I might even work in concessions.”

Weckel said he had a great run in his 11 years with the school.