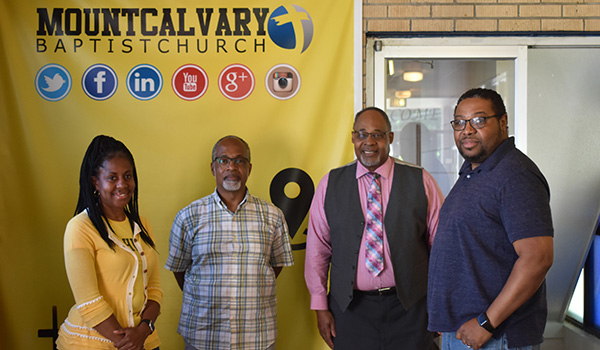 NILES — Organizers hope a march planned for Friday evening will be just the beginning in a local movement, and help make way to continue meaningful conversations leading to change.

The march is slated to begin gathering participants at 5:30 p.m. on Friday at Mount Calvary Baptist Church, at 601 Ferry St., for participants to receive march instructions. The peaceful march will begin at 6 p.m. and proceed west on Main Street to Second Street, and then will head north to the Niles City Building.

“Demonstration will lead to legislation, real legislation,” Burrel said. “Then that will lead to reconciliation. There’s a purpose in demonstration because there has to be some legislative change done in order to get equality. We’re a part of that movement. It’s a great movement. All people are a part of it that will realize that this is more than 400 years past due. We came out of slavery with nothing.”

She reached out to Bacon and began the discussion of organizing the peaceful march. They worked to bring the pastors and community leaders together. For Wortham, she wanted to start with prayer.

From there, Bacon and Wortham gathered others to collaborate with.

“She brought it to my attention. We wanted to see what we could put together here,” Bacon said. “We knew there were marches going on in the area, and we wanted to make sure we weren’t just copycatting marches, but that we could have something that once the city went through with it, we would have some plans moving forwarded. It started with her and ended with us moving forward.”

All four referenced systemic issues within the Niles community, including representation in the police force, city government, in the school systems, and in community interactions with the law.

Wortham said lack of representation in government, law enforcement, schools and in business ownership made it difficult for students to aspire to these positions.

The organizers hope to see this march as a beginning to a local movement of change in the Niles community. The march has been assembled by local organizers, and is not a part of a larger organization.

Massey hoped that the community movement would help bring equality.

“Now is our time to bring light to this particular thing,” Massey said. “We’re not trying to say that those other lives don’t matter, they matter just as much as ours do. This is our season.”

5 Mile Drive In sees increased interest due to COVID-19

DOWAGIAC — Dowagiac residents who have been itching for a chance to get back to the movie theater since COVID-19... read more