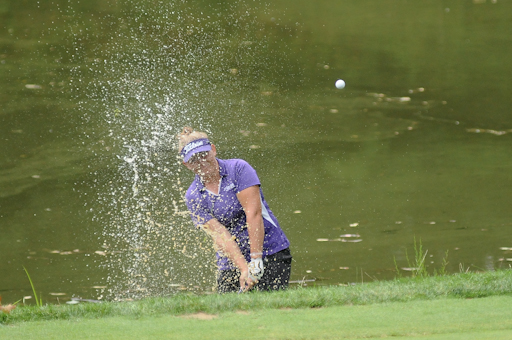 The Four Winds Invitational at Blackthorn Golf Club has been moved to Sept. 4-6. (Leader file Photo)

SOUTH BEND — The Symetra Tour will resume its 2020 season in Michigan with the seventh annual FireKeepers Casino Hotel Championship at the Battle Creek Country Club July 24 through 26.

The tour announced the resumption of the tour Wednesday and announced that the Four Winds Invitational at Blackthorn Golf Club in South Bend is now Sept. 4 through Sept. 6. The tour initially moved the tournament to July 31 through Aug. 2.

“After speaking with the LPGA and the Four Winds Casino, we felt that postponing by a month or so would allow us to put on a first-class event for our community,” said Tim Firestone, chief executive officer at Blackthorn. “The week was carefully chosen an agreed upon by all parties to give us the best chance of success with our 2020 Four Winds invitational event.”

Symetra Tour officials have been pleased with everyone’s efforts in trying to put together a schedule to close out the year.

“We are extremely grateful to our partners and host venues for continued flexibility and support,” said Mike Nichols, chief business officer of the Symetra Tour. “They have worked tirelessly to keep all hopes and dreams alive for the next generation of LPGA Tour stars. In addition to Symetra Tour sponsors, the ANNIKA Foundation recently showcased an unparalleled form of generosity with their Crisis Relief Fund providing $50,000 in grants to Symetra Tour players financially affected by the coronavirus.”

The FireKeepers tournament will be the first played by the LPGA since it shut down three months ago due to the COVID-19 outbreak.

Purses are still being finalized, but Symetra Tour players will be competing for more than $1.5 million over the remainder of the season.