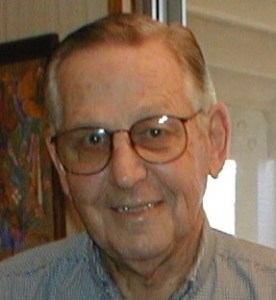 George grew up first on the farm of William and Emma Dayhuff and was the last surviving of their nine children.

During the World War II the family moved to Los Angeles and George graduated from high school there. He entered the U.S. Air Force, in 1951, and in that same year, married his childhood love, Dorothy.

After retirement, Dorothy and he traveled extensively. Europe, the Mediterranean and Alaska were favorite destinations and they especially enjoyed cruising.

He was full of life and music and humor and had a gift at knowing just the right thing to say and at the right moment, regardless of the circumstances.

He was especially fond of telling stories and recounting events from his childhood, always with a strong purpose and never truly gave up being an educator and a teacher.

He would often quote his favorite Sunday School teacher and left us with a wonderful passage. “The Holy Spirit,” said Mrs. Tarbell, “might be wind and fire …and it might be a still, small voice; but do yourself a favor and listen to it.”

He was a beloved member of Placentia United Methodist Church where he was a lay speaker.

He is survived by two children, David and Melinda; and two grandchildren.

He will be sorely missed and forever remembered.