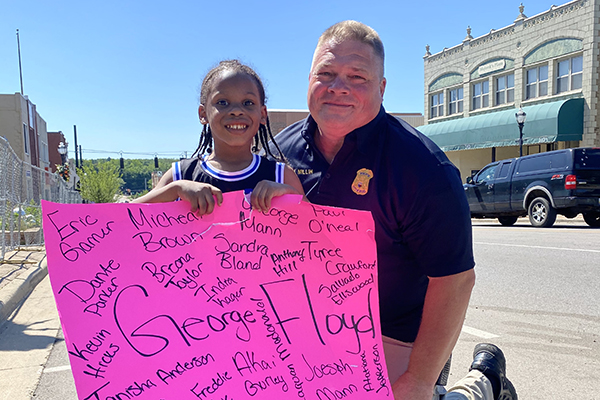 This was the message of more than a dozen people who marched through downtown Niles Saturday in support of the Black Lives Matter movement.

Some held signs while others led chants through megaphones, shouting a message echoed back by the marchers.

“How long?” one shouted.

“Eight minutes and 46 seconds,” the rest responded, indicating the amount of time George Floyd was held under a police officer’s knee before dying in Minneapolis last month.

As the rally moved down E. Main Street, the marchers gained support from passersby, who responded with honks and cheers.