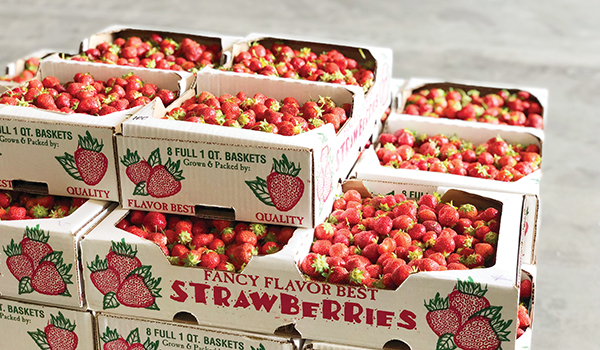 Cassopolis farmer’s market set to open for the season

CASSOPOLIS — A farmer’s market is returning to Cassopolis.

Starting June 13, the village of Cassopolis will have a farmer’s market twice a month through October. The market will be open from 9 a.m. to 1 p.m. the second and fourth Saturdays of each month. It will be located in the parking lots behind the Cassopolis Village Hall.

Victoria Toney, volunteer market manager, said there will be a variety of vendors and a food truck on June 13 for its opening day.

“I wanted to try and begin a farmer’s market in Cassopolis because this is where I reside, and in my previous position, I was brought close to local produce growers,” she said. “I’ve heard their struggles, their joys and everything in between. In addition, I noticed I had to travel to other areas to get such produce items because there weren’t many options close to home. Food is important and fresh food is even greater in importance.”

Toney was the produce safety technician for the Berrien Conservation District. She worked with fresh produce farmers to help them with the the Food Safety Modernization Act and adjusting to the new regulations they’d get inspected upon that started last year in the State of Michigan.

Toney is big on farm-to-table, especially during a time when the supply chain is struggling to keep up with the demands.

“It is important to connect the community to their local food sources,” she said. “This was important to me in previous times, but even greater in a time when grocery stores are challenged to stay stocked and support the community. I really would like the community to take this farmer’s market and support it in a way that lets it grow in size and variety in the upcoming years. It is important for their health to eat fresh, local produce as well as supporting the well-being of small, local farmers that are able and willing to feed their community.”

Toney said that there is still time for vendors to join the market. They can contact her via email at CassopolisFarmersMarket@gmail.com or through its Facebook fan page messenger.

“The market would love to hear from local businesses, groups, farms, etc. that would like to donate, volunteer, or sell at our upcoming events,” she said.

PORTER TOWNSHIP — A teenager was injured in a single-vehicle crash Wednesday while avoiding a bee in his vehicle, according... read more