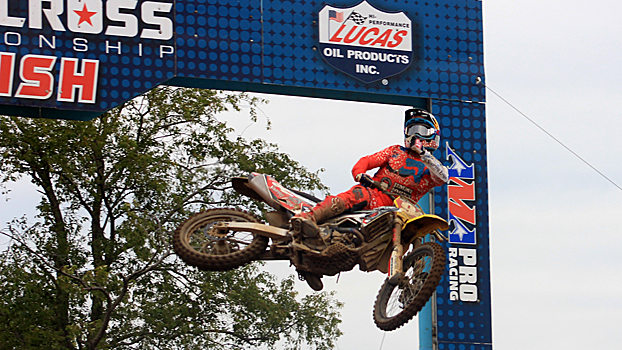 BUCHANAN — There remains no word on the status of the RedBud National at Redbud MX in Buchanan as part of the Lucas Oil Pro Motocross Series.

However, the Racing Leadership Team, which consists of representatives from the AMA, MX Sports and MX Sports Pro Racing, have announced two dates — the series opener and the finale.

The Lucas Oil Pro Motocross Series will kick off in Crawfordsville, Indiana with the Ironman National on July 18. The series will wrap up its year on Oct. 10 with the Fox Raceway National in Pala, California.

Currently, RedBud is listed as the eighth stop out of 11 races.

The other nine races are currently listed as pending as states begin to reopen with a variety of plans. Some states, like Indiana, have taken a more aggressive approach to reopening, while states like Michigan, Maryland, Minnesota, Massachusetts and New York are more restrictive. In May, the RLT announced that the season would run from July 4 through Oct. 3. The farther it can push the series back into the summer, the better the chance for running the races. The July 18 date was already scheduled for a live NBC broadcast, and a such, has become the hard start date for the series.

The RLT remains in contact with both local health officials and state governments as they try to figure out the remainder of its 2020 schedule.

Two other series have resumed their seasons — Grand National Cross Country Racing Series and the ATV Motocross Championship Series. The RLT has been able to put social distancing measures into place at those live events. They will continue to monitor both series, which have had not issues to date.

SOUTHWEST MICHIGAN — Just thinking about the holiday season can bring a warm feeling to the hearts of many. During... read more