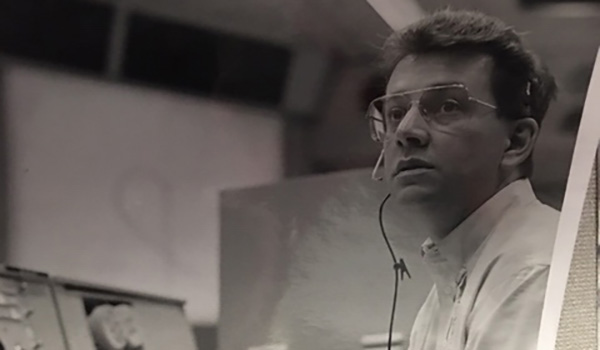 NILES — The world watched as NASA astronauts went into space Saturday. When the SpaceX Crew Dragon launched its mission with the astronauts to dock with the International Space Station.

Niles native Terry Quick watched intently as each step of the process completed.

“It went so well that nothing happened,” Quick said. “It’s a testament to the men and women that look at this kind of stuff. There was good rigor that the vehicle was going to operate correctly. Hopefully, in approximately 120 days, we’ll bring the crew back.”

The launch was a moment of great pride for Quick.

Quick built his career in aerospace, working on historical launches throughout the years.

While Quick’s work is launched out of this world, his upbringing and roots are local.

Quick grew up in Niles. He attended Eastside Elementary, Ring Lardner Middle and Niles High School. His parents still live in Niles. While he was a student, they were principal and librarian in the Niles Community School system. He graduated from Niles High in 1979, and went on to get degrees in broadcast engineering from Ferris State University. Just weeks before his graduation from Ferris, a graduate from the class ahead of him called to let him know that Ford Aerospace in Texas was looking for technicians. Quick took the leap.

Thirty-six years later, he is residing in Clear Lake, Texas. Quick works as Spacecraft Mission Safety Lead, and is contracted and working with NASA.

He lived down the street from NASA astronaut John Young, who walked on the moon.

Quick began in the broadcast equipment room in Mission Control at Johnson Space Center in Houston. After his first two years, he was promoted up into the front room, which is what Quick said many picture when they think of Mission Control. 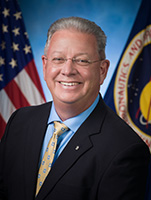 He worked in Mission Control for 15 years. He has worked on launching space shuttles, orbit work and even putting the Hubble Space Telescope into orbit.

“In the control room, I met several presidents, heads of countries, the Queen of England, rockstars,” Quick said. “It’s just another day here.”

In 2000, he transitioned to working as mission integration manager, a post in which he worked with all of the components that go up in a space craft with the astronauts.

“We also had to manage the roughly over 10,000-piece parts that the flight crew would take up with them,” Quick said. “From underwear, socks, toothbrushes to space suits and all the parts that go with that. All that has to be certified for flight. There’s a lot of paperwork that goes with it to ensure it is processed correctly.”

After a short hiatus from aerospace, where Quick worked in the oil industry, he returned to the industry he loved. He hopes that other graduates from communities like Niles know that there is opportunity in the aerospace field.

“Niles it not noted for aerospace or rocket science or that stuff,” Quick said. “But they did a very good job in laying the foundation in the school system to open the mind up.”

When people think of aerospace, Quick acknowledges that astronauts are what generally come to mind.

“They are the people that take the risk and take the ride. But the scientists, technicians, engineers, all of those people—they come from different backgrounds as far as education. Some of them had formal college, some of the technicians went to trade school or came from the military. There’s a lot of opportunity.”

Quick has worked to help connect the Niles Community Schools system with programs that the Johnson Space Center offers. Though the aerospace field was once predominantly male in the 1960s, Quick wants others to know that it is a field where everyone is welcome. Especially through the current climate of the pandemic and protests, he sees the launch as a unifying event.

“We needed something very, very positive to come out and make people think a little bit more,” Quick said. “We do this kind of work down here. It’s multinational. It’s multicultural. It’s multiethnic. We all get along. It’s quite a dynamic world.”

DOWAGIAC — When Gov. Gretchen Whitmer announced she would be reopening several sectors of the economy Monday, there was one... read more