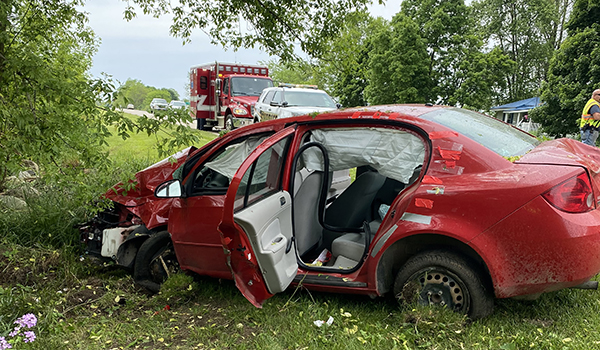 PORTER TOWNSHIP — A teenager was injured in a single-vehicle crash Wednesday while avoiding a bee in his vehicle, according to the Cass County Sheriff’s Department.

Sheriff’s deputies were called to the scene on U.S. 12 east of River Road in Porter Township after a 17-year-old Jones resident crashed into a tree on thee south side of the road. The driver said he was distracted by a bee trying to sting him.

The teenager was extricated from the vehicle by rescue personnel and transported to Elkhart General Hospital for treatment.

Alcohol and drugs were not factors, and the driver was wearing his seat belt.

BUCHANAN — There remains no word on the status of the RedBud National at Redbud MX in Buchanan as part... read more