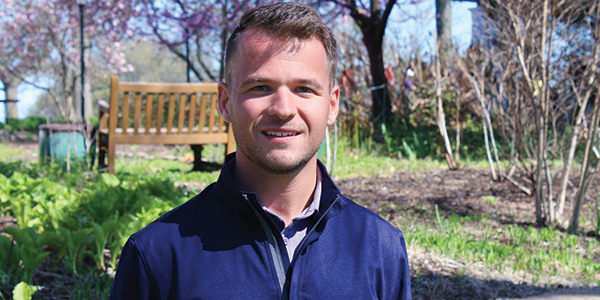 Noble giving back to the game he loves

NILES — The game of golf has been good to former Niles standout Chris Noble.

Noble has always enjoyed the competition that the sport provides from his early years of playing the game to finishing second at the Michigan High School Athletic Association Division 2 state golf finals.

After spending four years playing collegiate golf at Holy Cross College, Noble jumped at a chance to give back to the game his loves so much.

After leaving Holy Cross, Noble took a job that helped families with college recruiting before taking a job at Nextgengolf, which runs team-based golf tournaments for college students and young adults across the country.

“I just celebrated my two-year anniversary with them last month,” Noble said. “What I actually do is manage the high school golf association side of the business. It has been really cool. I was able to meet my current boss through my last job. He pretty much came to me and said he had a new idea for a new business line for us and he said I would be perfect for it because it was all centered around high school golf.”

The idea was to create a home for high school golf, which there has never been, where you could compare Michigan to Indiana to New York to Florida. He wanted to create that.

“I came aboard,” Noble said. “It originally started with rankings. As you know, there has never been a lot of consistency other than information shared in the local newspapers. It is hard to find results anywhere. So, we started with the state championships in each state. We went out, gathered the results and started posting them on highschoolgolf.org on our public leader board. It really started with state and national rankings.”

The idea was to help players get recognized for their efforts, as well as getting recognized by college coaches who would then go and recruit them.

On the college side of Nextgengolf, the company governs collegiate club golf throughout the US.

“Basically, those are all colleges and universities and play golf, but they are not good enough to be on the varsity team,” Noble said. “So, they do a club. We govern and manage all those club teams, which are more than 400 colleges throughout the U.S. It was also important to let these high school kids know there are so many opportunities for them to continue to play in college.”

Noble said the National High School Golf Association has developed into a one-stop shop for coaches, players and parents. They improve education through blogs, webinars on anything from how to run a high school golf practice, fundraising ideas to the recruiting process.

“The biggest event we put on last year, which was our inaugural year, was the High School Golf National Invitational at Walt Disney World in Florida,” Noble said. “There has never been a national championship for high school golf like in other sports. We were like, ‘how cool would it be if we could actually get the top high school talent throughout the country on one stage? Last year we were able to do that.”

There were 43 states represented by almost 300 golfers. It was a mixture of some of the top talent in the country down to players who had never played an event outside of their own state.

“It was really cool,” Noble said.

This year’s event was supposed to be played at Pinehurst in North Carolina. Due to the COVID-19 pandemic, the date for that tournament has been pushed back into July. This year’s field was to include 540 golfers. Noble is not sure how many will actually come to play in the tournament if and when it is held, however.

“Part of the reason I think I am so passionate about this is because I think of myself,” Noble said. “I think of all the memories I have of my team and my coach and my family. Just knowing that I am in a position to really give back to the game that has given me so much, it is really humbling in a lot of ways.”

Noble said that his high school golf days were some of the best of his life.

“That is kind of my goal, in some small way, hopefully, to provide as good of an experience for these current high school golfers as I had.”