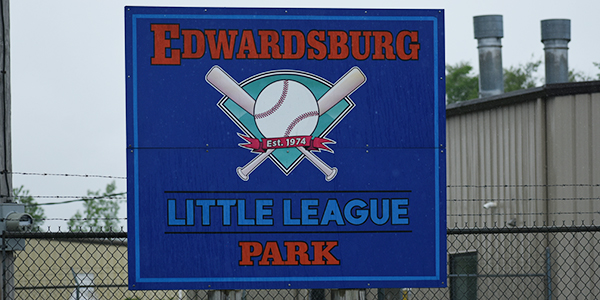 EDWARDSBURG — There will be no cry of “play ball!” for Edwardsburg Little League in 2020.

League president Jason Welsch announced on Facebook Thursday morning that despite its best efforts, the board had decided to cancel the season as the state of Michigan remains under a “Stay Home, Stay Safe” order until at least June 12.

Welsch said the board simply ran out of time to provide a quality season for its players. He also noted that, with Indiana beginning to open up and leagues starting to play there, it was not fair to Edwardsburg children to keep them from exploring other options.

“There are fall seasons we have to be cognizant of, but probably the bigger component was that our kids have the opportunity to play in other leagues. The one thing Little League International did was they knew some leagues were going to cancel and some were not. So, they made the ruling that if a particular park canceled, those kids can play anywhere. There are no boundaries. We are in a unique situation that we are so close to the Indiana border. The Indiana youth organizations are beginning to rev up. I have seen things posted that they are going to begin practicing the first or second week of June.”

It only made sense to Welsch and the board to let their players seek other opportunities.

“Frankly, with us being shut down to a minimum of June 12, if we were to hold these kids sort of ‘hostage’ as in can they play at Edwardsburg or not, they need this opportunity to play elsewhere,” he said.

Welsch also said that some parents have asked if they can donate the player fees to the league.

“This is very kind, as the league does have fixed costs even though we aren’t playing,” he said. “However, for bookkeeping reasons, we will issue a refund everyone. If anyone would like to donate their player fees, please send a donation by check.”

Donations can be sent to PO Box 454 Edwardsburg, MI 49112. Edwardsburg Little League is a nonprofit organization so all donations would be tax-deductible.

Edwardsburg Little League has not given up playing some type of games still this summer. Welsch said it is looking at hosting some pick-up games once the “Stay Home, Stay Safe” order is removed and residents can gather in crowds larger than 10.

“We don’t have any details, but if we can work it out, we will contact everyone via email as well as our Facebook page in advance,” he said. “It won’t replace a Little League season, but it would be fun for the kids to get on the field and see some familiar faces.”

DOWAGIAC — To keep everyone as safe as possible due to the coronavirus, the 46th Steve’s Run will take place virtually... read more