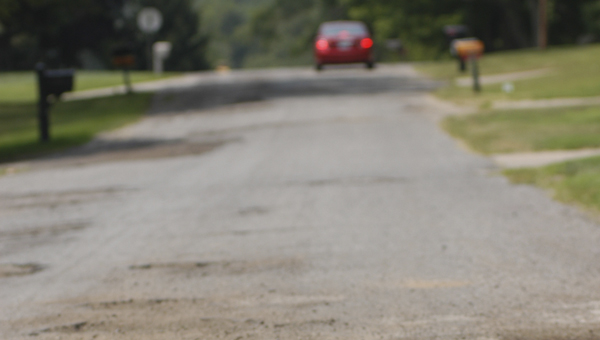 Niles Township residents have voiced concerns to the township board about roads in the Brandywine Acres, east of South 11th Street. (Leader photo/CRAIG HAUPERT)

DOWAGIAC — Roads were on the brain Tuesday evening at the Dowagiac City Council meeting.

First, the city council approved a resolution to authorize the 2020 local street paving project to Rieth-Riley Construction Company in the amount of $125,829.

This project involves the resurfacing of the following streets:

According to a memo issued by City Manager Kevin Anderson, the project received three bids, with Rieth-Riley, of Kalamazoo, as the low bidder.

The projects, which are estimated to begin in the coming weeks, are rated on a system that takes into consideration the condition of the road, traffic and utility conditions.

“I always look forward to the paving projects,” Anderson said. “Every road we look at always has a great need.”

jurisdiction. Occasionally, a project like the repaving of Pokagon  Street/Jefferson Avenue from M-51 to Cass Avenue overlaps both jurisdictions, Anderson wrote in a memo to city council members.

“When that happens, a cost-sharing agreement is needed,” he said.

Both resolutions were passed unanimously.

BIG RAPIDS — The Ferris State University women’s basketball program will look to build off its championship success of this... read more