At a young age Brian’s father passed away in an automobile accident.

Marjorie later married Julius Papczynski. Julius became an amazing father to Brian and his siblings, raising them into the adults they are today.

After graduating from high school in 1979, Brian joined the U.S. Army. He proudly served in the Army as a Heavy-Duty Mechanic in Pusan, Korea.

After Brian returned stateside he married, moved to Ohio and had two children; then at the age of 27 Brian was diagnosed with a brain tumor. He moved home to Niles so his family could help with his care. Over time he had several surgeries but always bounced back. He often worked with his dad at his construction business building houses. 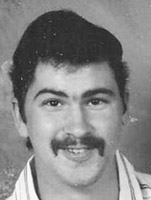 Brian was a gentle soul, loved to make others smile, played his guitar often and was a puzzle enthusiast. He was also the world’s biggest Chicago Bears fan. Brian never complained through all his trials and tribulations and his family knows he is now safe from pain and suffering and will spend his eternity happily bass fishing and enjoying the outdoors.

He was preceded in death by his father, Robert Fox; the dad who raised him, Julius Papczynski; and brother, Jeffrey Fox.

Brian has been cremated and will be laid to rest in North Carolina.

Carol Mae Nieman, 80, of Dowagiac, passed away on Sunday May 24, 2020, at the Timbers of Cass County. Arrangements... read more