CULTON: Who let the dogs out?

Last week, I explored a topic every modern-day philosopher has contemplated: Who let the dogs out?

From the comfort of my couch, I watched “Who Let the Dogs Out,” a documentary on Hulu that explores the history of the 2000 smash hit “Who Let the Dogs Out” by the Baha Men. Throughout the film, the filmmakers and self-titled “Who Let the Dogs Out” expert Ben Sisto trace the song and famous phrase through various disputes and copyright claims in an effort to find its origin. Their search takes them across the globe to the Bahamas, Trinidad, London, Seattle, New York and more.

The documentary is fascinating, silly and a pleasure to watch. Eventually, over the course of the film’s runtime, the story seemed settled.

But then, towards the final stretch of the documentary, the producers get a phone call. The camera pans over the changing, late-fall leaves of southwest Michigan as the caller contests that the phrase “who let the dogs out” was never meant to be a song — it was a chant. Specifically, it was the rallying cry of the 1990 state-champion Dowagiac football team.

I knew this was coming. I met the caller, Dowagiac native John Michael Davis, and the film crew in October 2018. I was there to write a story when the film crew initially visited Dowagiac for interviews. I remember the passion with which Davis and the other interviewees spoke about the rush of the 1990 football season, the legend it created and the chant that led them to victory.

Even though I wouldn’t be born until five years later, they took me into the moment with them, and I understood how the football team and their “who let the dogs out, ooh, ooh,” chant made the town’s residents feel a part of something.

So, when I saw my coworker, Scott Novak, post on social media that the documentary was now on Hulu, I had to check it out. The entire time, I was on the edge of my seat, waiting for Dowagiac’s time to shine. When it finally happened, when the camera panned over Dowagiac’s trees and finally landed on the steps of the Dowagiac District Library, I cheered.

While my boyfriend may have thought I lost my mind, I was so excited to see this town I had fallen in love with portrayed on my 28-inch TV screen. Even though — spoiler alert! — the documentary finds that Dowagiac did not originate the phrase “who let the dogs out,” I still feel the film did Dowagiac’s story justice and made the viewer feel the hope and excitement that surrounded Dowagiac football’s 1990 season.

I would encourage any of our readers to watch this documentary, not because you have some strange fondness for early 2000s one-hit-wonders, but to see Dowagiac’s big-ole-heart displayed for all to see. 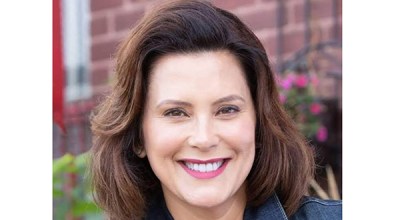 LETTER TO THE EDITOR: Governor Whitmer is a champion for Michiganders