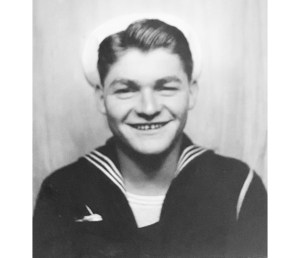 Harold was born June 13, 1927, in Jonesville, Virginia, to the late Ernest and Eva (Thompson) Wynn.

Harold will be remembered by their three children, Laverna (Bob) Bosold, of Castro Valley, California, Dennis Wynn, of Aurora, Colorado, and Leona Wynn, of Buchanan.

He is also survived by three grandchildren, Rodney (Korinne) Burns, of Mishawaka, Zachary (Courtney) Burns, of Buchanan, and Dana Burns-Billington, of Edwardsburg.

Grandpa was also preceded in death by granddaughter, Robin Woodall Hutto, of San Carlos, California, in 2013.

Cremation has taken place. There will be a private family service at a later date.

Burial will be at Mission Hills Memorial Gardens in Niles and also Jonesville, Virginia.

Memories, condolences, and photos may be left for the family at BrownFuneralHomeNiles.com.