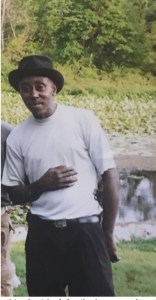 Ernest is aboard the chariot heading to the mothership connection. He was capable of shifting the dynamics of the room, usually with laughter. He embodied the concept of “know-it-all” as he was an impeccable dresser, barber, painter, handyman and stepper (dance) — one of the best in the family in all of these areas.

Ernest never met a stranger; waving, smiling and conversing with all in his path —treating each with kindness.

Ernest graduated from Farragut High School in 1977. He then went on to McDonalds University and served as a manager at McDonalds for 13 years in Chicago.

Upon moving to Cassopolis, he continued utilizing his culinary skills, serving as a cook in various restaurants in town.

He enjoyed building model cars, shooting pool, singing, dancing and most of all, being with his family.

Among his many acts of service for his cherished family, he remembered everyone’s birthday, decorated the Christmas tree each year and completed skilled work in the home of every family member.

Stories of Ernest will never cease to be told by those who knew him best.