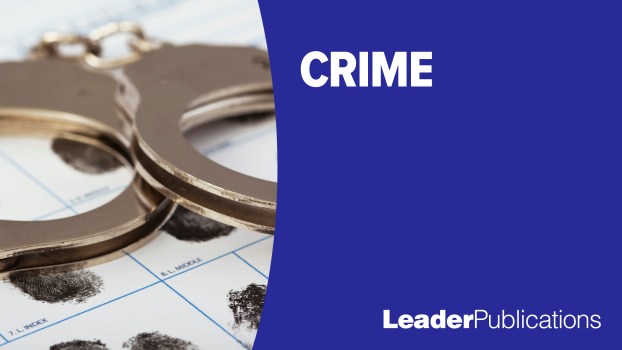 CASSOPOLIS – An area man with six prior drug convictions will be spending more time in jail after being sentenced Friday in Cass County Circuit Court.

Timothy Eugene Bogart, 50, of Decatur, pleaded guilty to possession of meth and was sentenced to 365 days in jail with credit for 251 days already served and $1,548 in fines and costs.

This incident occurred April 17, 2019, in Ontwa Township near Edwardsburg when police observed his vehicle traveling on U.S. 12. Meth residue was found in the car and his vehicle was not properly registered.

His past record includes meth convictions in 2005 and 2008 in Van Buren County which resulted in two prison sentences as well as a 2015 meth conviction in Cass County.

Bogart was out on bond at the time of Friday’s sentencing, and Cass County Circuit Judge Mark Herman told Bogart he would have to report to jail that afternoon or face a longer sentence since the plea agreement would be thrown out.

“You’re 50 years old, and this is your sixth felony conviction,” Judge Herman said. “You’ve been using drugs for over 30 years and look where it’s gotten you. Your guidelines call for prison, but your plea agreement calls for you to spend a year in jail.

“You’ve been to prison before,” he added. “I know it’s hard to teach an old dog new tricks but do you want spend golden years in prison cell? The next time you are here, I will send you to prison. You’re 50 yrs old and still messing around with meth. I would sincerely hope you would rather address the issue than go to prison.”

Cass County Prosecutor Victor Fitz noted that Bogart has gone through the Swift & Sure drug treatment program in the past and is still using drugs.

“He has had plenty of opportunities to get help,” he said.

An Edwardsburg man was sentenced to probation on a drug sentence.

Zackary Harman, 26, of Edwardsburg, pleaded to delivery/manufacture of methamphetamines and was sentenced to 18 months’ probation, credit for 26 days already served and $2,648.

The incident occurred Oct. 25, 2019, in Edwardsburg when police were called to a residence over reports of a disturbance. Harman was later arrested and discovered with meth. Both Harman and the victim received wounds from the incident with Harman being shot in the ear with a BB gun.

“You were bleeding out of the left side of your head where the victim had shot and hit you,” Judge Herman said. “This was all over a $25 meth deal. You’re 26 years old, and this is your first conviction.

“You need to understand that crime doesn’t pay,” he added. “It doesn’t seem to me that it’s worth being shot in head and spending 26 days in jail. You need to realize that the guidelines would permit me to give you a year in jail. I hope you learned your lesson.”

“This is his first foray into the criminal justice system, and he did it with a major offense,” Fitz said. “If he gets hold of his meth problem, he won’t be back. If he does not, he will go prison and die early death. It’s as simple as that. If he continues selling drugs, particularly meth, he will go to prison and die an early death.”

A Marcellus man convicted of possession of brass knuckles by a jury earlier this year was sentenced to probation.

Christopher Moon, 48, of Marcellus, was convicted of possession of brass knuckles and was sentenced to two years’ probation, credit for one day served, weapon forfeited and $2,048 in fines and costs.

The incident occurred April 20, 2019, when police stopped him when he was passing a line of slow-moving vehicles in Marcellus Township. Police found a number of weapons including the brass knuckles in his car.

Judge Herman agreed with defense attorney Robert Drake to deviate from the sentencing guidelines because they were high due to his past record rather than the current incident.

“Your actions were not egregious,” the judge said. “The guidelines were extremely weighted by your past record. Seven of 10 felonies were from one incident and came within a five-month period. … You’ve got no wiggle room here. Your past will come back to haunt you with anything you do in the future. I think a deviation from the guidelines is appropriate but stop acting like a knucklehead.”

A Pokagon Township man who shouted racial slurs at neighbors was sentenced to probation.

Brian Gourley, 56, of Pokagon Township, pleaded guilty to disturbing the peace and attempted ethnic intimidation and was sentenced to one-year probation, credit for two days served and $1,985 in fines and costs. He is ordered to have no contact with his neighbors.

The incident occurred April 24, 2019, in Pokagon Township. Gourley harassed a six-year-old boy, a man and others in his neighborhood.

Three sentencings were adjourned for technical and other reasons. In one incident, the defendant was seen via Zoom but could not be heard. Another defendant did not call in and a third is currently in the Elkhart County Jail.

As has been the case in recent weeks, sentencings were conducted remotely due to the COVID-19 pandemic.

Re-opening is the key word in sports at all levels right now. Every day, there are new projections for when... read more