Steven B. Hambley, of Niles 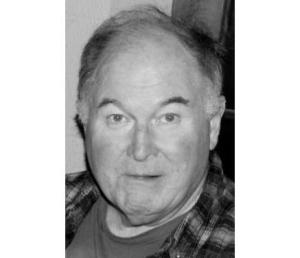 He graduated from Brandywine High School and earned a bachelor’s degree from Northern Michigan University (Marquette) with the interestingly eclectic fields of chemistry and literature.

He was first employed as a teacher by the Flint Community Schools for one year before returning to Niles. He took a position at the University of Notre Dame in the early stages of computer science, a subject which would suit his interests well. He became proficient in computer programming, and became an independent contractor, serving several major firms across the country. His most recent long-term client was Ameritech’s Chicago operations.

Steve was a longtime, faithful attender of the Community Evangelical Free Church, in Niles, where he also participated in Men’s Fellowship and the senior Kare Bears activities.

He enjoyed fishing and has owned various waterfront properties over the years. He also did a bit of gardening, but his greatest passion was writing. He has written several novels and continued to write in spite of having none published.

Steve claimed to have perfect children, which — for him — was no children, not that he minded the children of others. … too much. Perhaps he felt the same way about his marriage or lack thereof.

He was preceded in death by his parents, Roy and Irene Hambley.

The funeral service for Steve Hambley will be attended by his immediate family at 2 p.m. on Monday, May 11, 2020, at the Halbritter-Wickens Funeral Home, 615 E. Main St., in Niles, with the Pastor Matthew Hickok of CEFC officiating.

Relatives, neighbors, and friends are invited to witness the ceremony via the livestreamed broadcast available on the Halbritter-Wickens Facebook page: facebook.com/halbritterwickensfuneralservices.

Committal will be private at Smith Chapel Cemetery in Milton Township.

Contributions in memory of Steve may be made to CEFC, 120 E. Bertrand Rd., in Niles; communityniles.com or to The Old Rugged Cross Foundation, Inc., Post Office Box 41, Niles, MI 49120; the-oldruggedcross.org/index.php.

Online condolences may be left at: halbritterwickens.com.

Steve found pleasure in solitary pursuits such as writing computer programs and writing novels, the lakefront retreat and fishing. He also found pleasure in gathering with friends for Sunday morning worship and men’s fellowship, going to ball games and the theater with the seniors and participating in township board meetings.

It was amongst people that his wonderful dry sense of humor and a twinkle in his eye was observed and appreciated.