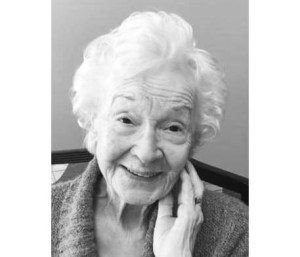 Josephine moved to California in 1960 where she began a family and made a home for 36 years. She worked in Los Angeles for Farmers Insurance Company for 24 of those years.

She was well respected and liked and was given a huge party in her honor when she retired in 1996. She would say this was one of the highlights of her life.

Josephine returned to her native roots in Dowagiac in 2004 and made her home among family members and friends. She was part of the Pokagon Band of Potawatomi Indians.

For the last several months, Josephine was a resident of Forest Glen Assisted Living.

Amy and Douglas Perry, her daughter and son-in-law, along with David and Michel Cook, her grandchildren, would like to thank Pokagon Health Services and the Pokagon Band family members and Forest Glen for their loving care of their mother and grandmother.

She is survived by daughter and grandchildren; her brother, Ollie Shaer, of Dowagiac: her sisters, Norma Jean Miller, also of Dowagiac, and Mary Vogt residing in Hillsboro, Oregon.

She is preceded in death by her brothers, Francis H. “Frannie” Winchester and Oddil Shaer; and her parents.

Memorial services for Josie will be at a later date.

Ruth I. Cowham, of Cassopolis

Buchanan Board of Education narrows superintendent candidates to four