Harry I. Miller was born on May 11, 1935, to Harry Sr. and Florence Miller in Jones, Michigan. The fifth child of a family of seven brothers and sisters, he was raised in a loving family that preached family, honesty and hard work. 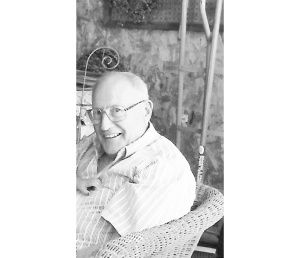 On Jan. 21, 1954, Harry united in marriage with the love of his life, Dolly Burmeister and together they began an adventure together that included a lifetime of laughter, tears and love.

On the way through life, they were blessed with four children, Beverly, Charles, Carolyn and Jim.

A loving family man, Harry was deeply involved in his family’s life and especially liked to follow his sons, Charles and Jim, in their high school football careers. He also loved to follow Michigan state sports and looked forward to watching his Spartans on television.

Harry was a tireless worker and spent years in the RV industry in various positions but retired as a lead plumber.

Harry loved cars and rebuilt or built many vehicles in his lifetime and was working on a 54 Olds at the time of his death.

After retirement Harry spent many years helping his friends working on cars, tractors and working on the farm.

In the last 10 years, Harry enjoyed line dancing and singing karaoke and was known around the area as a tireless dancer and fine singer.

One of his others joys was watching wrestling on television with his grandson, Michael, and they spent many nights together.

Harry was blessed by having a loving family. His wife of 55 years, Dolly, who preceded him in death in 2009 and surviving him are his daughter, Bev (Rick) Senger, Charles (Belinda) Miller, Carolyn (John) Hanna and Jim (Kim) Miller. They will miss his guidance through life, but are grateful for the wisdom, ethics and sense of humor that he taught them.

Harry is preceded in death by his parents, Harry and Florence Miller; his wife, Dolly; his brothers, Jack Miller, Richard Miller; and his sister, Norma Jean Kling. Also preceding him in death are twin great-grandchildren, Hogan and Kegon Senger; and son-in-law, Barry Beatty.

He also leaves a special friend, Barbara Monroe, who was like a sister to him, and a host of other friends.

The family asks that any memorials be directed in his name to the Cass County Council on Aging on Decatur Road in Cassopolis.

A celebration of Harry’s life will be done at a later date due to the current world health situation. Until we can gather and celebrate Harry, we ask that when you remember him, you will raise a cold beer, sing a song or do a dance and remember that he was always something else.

Elkhart Cremation Services is entrusted with his arrangements.