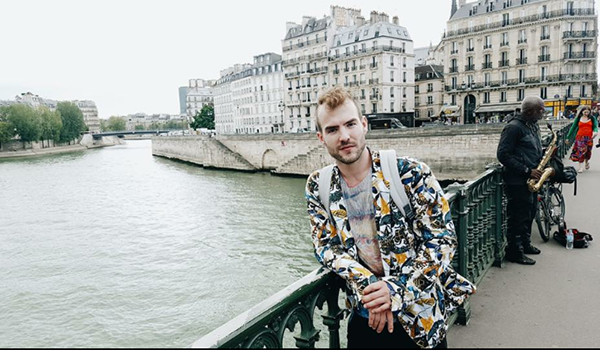 NILES — As storefronts were forced to close amid COVID-19 mandates in mid-March, Matt Karsten, originally of Niles, saw the closures push an opportunity in front of him.

With a background in performance, singing, choreography and yoga instruction, Karsten saw instruction and content going online with a new force as professionals in the industry worked to adapt to the restrictions. He also renewed his focus on an issue he had seen before: low-quality video, low-quality audio and a lack of ownership in content.

Karsten decided it was time to organize and launch his vision.

“It’s going to be an OTT [over-the-top] platform and solutions for our region,” Karsten said. “It’s going to be scalable for small businesses, local theaters and whoever has content to stream and make it a part of their business model.”

The video streaming service Karsten is creating will help high-quality, 4k video content roll out onto a local platform.

“A lot of people want to take the first step and take their studios virtual,” Karsten said. “Instead of just doing Zoom, or live-streaming on Facebook or asking for donations, this would be a way for them to broadcast to 30-plus social channels at one time through multicast. It would also allow them to have monetization tools like paywalls, subscriptions and ad sales.”

Peters said she chose to become a part of Purple Squirrel as the partnership makes sense for her business and because of the similarities that she and Karsten share.

“Matt and I actually know each other from your youth,” Peters said. “He lived near me, and he was friends with my brothers. He’s always been a great guy.”

They reconnected over the winter, and started collaborating in teaching fitness classes.

Before COVID-19 shut down gyms, Peters was teaching group fitness at many facilities around the southwestern Michigan and northwestern Indiana regions. She had already begun considering taking on more virtual platforms to cut down on her time in the car, so that she could offer more fitness classes with less time wasted.

“COVID-19 hit right when I was doing my homework, so it really was a transition that I was not in control of,” Peters said. “All the gyms that I teach at are having me teach virtually from home. Here’s my opportunity. I have had no choice but to understand this whole virtual world and build my knowledge in this avenue and get better at being virtual.”

As Peters has worked on her own virtual classes, using platforms like Zoom, she too noticed issues as she watched the playback.

“The resolutions are off, the audio or visual can be distorted with the timing of the music,” Peters said. “All of that stuff is so important.”

Empowering local creators is what Peters and Karsten look to do with Purple Squirrel Media’s service.

Kartsen’s experience comes from both his performance and consulting backgrounds. Beginning as a performer during high school in Niles, he then toured with The Young Americans through California. The next stops in his performing arts career took him to Nashville and New York City.

“I was a consultant, and I started working with executives and learning more about the broadcast digital media market,” Karsten said. He saw that may of the tools were not scalable, and that as social media influencer culture has grown that compensating small businesses had not come along with it.

“Those tools are in the hands of the advertisers,” Karsten said. “I firmly feel those tools should be in the hands of content creators. When people sign up for these platforms, they should have a contract that says this content belongs to you.”

The founding members of Purple Squirrel Media hope to work with local production companies and small businesses to create their vision.  Fitness instructors and performance lessons are their first markets, as this is the space Karsten and Peters work in personally.

“The videos that are produced are just kind of in my living room and the audio and visual is not that great,” Peters said of her current set up with Zoom. Hosting and video processing through the company will help smooth out those issues, she said.

“With Purple Squirrel, it will be professional quality,” Peters said.