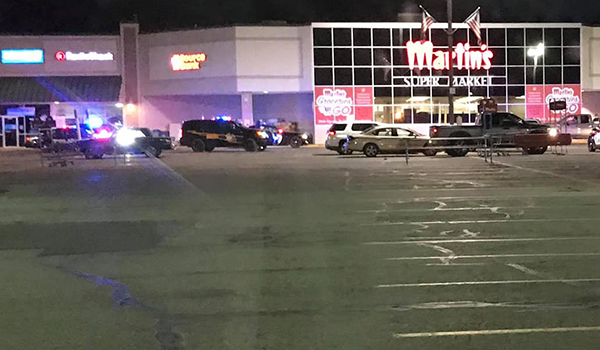 NILES — A homeless man has been taken into custody following an incident at a grocery store Wednesday evening.

Around 9:40 p.m. Wednesday, Niles police were called the Martin’s Super Market on S. 11th Street for a fight in progress.

When officers arrived on the scene, they did not witness a fight, according to Niles Police Captain Kevin Kosten. However, Martin’s employees pointed out a suspect, David Lugardo, 47, of no known address, who is alleged to have stolen food and drink from the grocery store.

Martin’s employees told police that when confronted, Lugardo used physical force in an attempt to flee the scene.

Lugardo was taken into custody and charged with strong-arm robbery and possession of methamphetamine.

NILES — As storefronts were forced to close amid COVID-19 mandates in mid-March, Matt Karsten, originally of Niles, saw the... read more