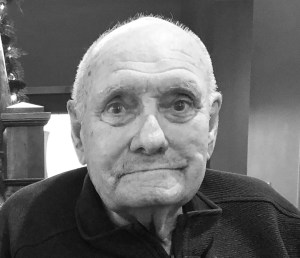 Robert Eugene “Bob” Clark, 87, of Dowagiac, passed away peacefully surrounded by his family on Saturday, May 2, 2020, at his home.

Arrangements have been entrusted to Clark Chapel.

A private celebration of life graveside service will be at a later date at Riverside Cemetery. Memorial contribution may be made to Cass County Counsel on Aging, casscoa.org or Hospice Care of Southwest Michigan hospiceswmi.org.

Bob worked for Clifton Engineers laying natural gas pipeline for 10 years. He later began working in maintenance at Sunstrands for 22 years before he retired. Bob also was a volunteer for the Twin Lake Fire Department for more than 25 years.

He loved being outdoors and taking advantage of what nature has to offer. Bob enjoyed hunting, fishing, camping and traveling up north to Baldwin where he would ride dune buggies. He also loved going to the Dowagiac casino.

During the winter months, Bob and Phyllis would travel south to Texas or Alabama to enjoy the warmer weather. Bob was also known for being “a man with many names” he would answer to the following, Robert, Bob, Gene, Hillbilly, Gabby and HeeHaw.

He was an incredible man who never met a stranger and always made new friends where ever he went. However, what gave Bob the most joy was spending time with his family.

Bob was preceded in death by his parents, Clinton and Ibura; and daughter, Linda Wade.

Ruth A. Liska, of Niles