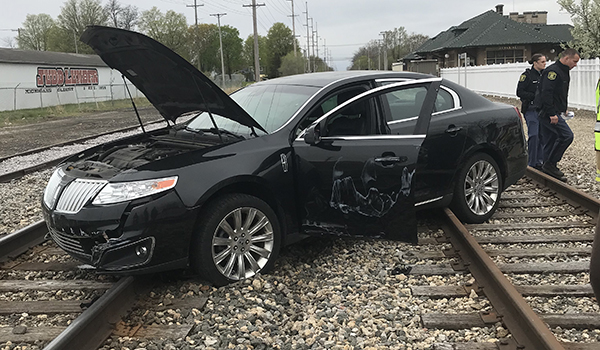 DOWAGIAC — A Dowagiac man sustained minor injuries following a traffic accident that began at an ATM and ended on the train tracks, according to the Dowagiac Police Department.

At approximately 3:25 p.m. Tuesday, Dowagiac police were dispatched to a traffic crash where a vehicle drove through a fence and was sitting across the railroad tracks. Officers responded and located the vehicle sitting on the railroad tracks adjacent to Depot Dr. near Commercial St. in Dowagiac.

Starrett sustained minor injuries in the crash and was transported to Ascension Borgess Lee Hospital by PRIDE Ambulance for treatment of minor non-life-threatening injuries.

Alcohol or drugs were not a factor in this crash, according to the police department.

Dowagiac Police were assisted at the scene by the Dowagiac Fire Department, PRIDE Ambulance, and the Michigan State Police.

SOUTHWEST MICHIGAN — As the calendars turned to May, COVID-19 cases continued to rise in southwest Michigan. Since the weekend,... read more