Fitch Camp canceled due to COVID-19 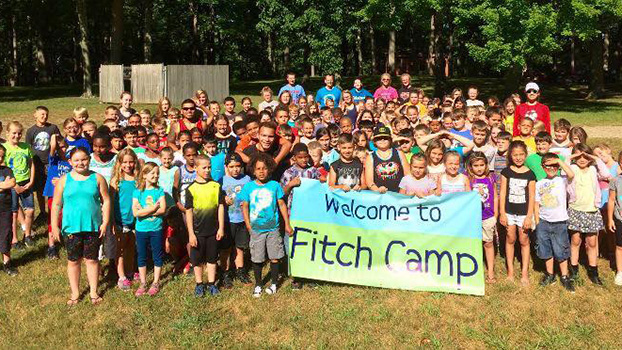 DOWAGIAC — A summer camp that has been around since World War II will not be hosted this year.

Last week, the board of directors for E. Root Fitch Memorial Camp unanimously decided to cancel camp this year due to the uncertainty surrounding the COVID-19 pandemic. The 2020 season would have marked the camp’s 80th year of providing activities for second through fourth-grade students in mid-June.

Fitch Camp started in 1941, when E. Root Fitch endowed the camp program with its current property at 506000 Fitch Road, along with financial assistance.

“We felt we would have some difficult obstacles to overcome,” said Dave Mahar, longtime president of Fitch Camp.

One of those obstacles included transporting more than 60 children on a bus and putting between 80 to 100 children in a dining hall at the camp’s Cable Lake location.

“Quite honestly, I am not even sure we would be allowed to put 60 to 70 kids on the buses, based on just good protocol today,” he said. “It’s tough. It’s tough for everybody. Everybody expressed sadness, but it boils down to just good common sense.”

Mahar said the board was at the end of the line in terms of making a decision. Fitch Camp was set to begin in about six weeks, and many of the board’s questions were still unanswered.

“We’ve got kids and other people who are employed,” Mahar said. “We just felt like they needed to have a decision made.”

Mahar said it is tradition for past campers to return as counselors and work for the camp during their summer breaks.

“They are going to need to seek opportunities elsewhere, which isn’t going to be necessarily easy in this day and age, just the way the climate is,” Mahar said.

For guidance in making the decision, Mahar said the board also scoured the information network on college sports camps and other camps, but found most to have already been canceled for the summer. Board members discussed possibly pushing back the camp to a later date in the summer but expressed concerns about if counselors or other people involved in the camp would still be available.

Though he said the decision was difficult, Mahar believes closing the camp for the 2020 season was the right decision.

“We didn’t have any good options,” he said. “We feel for the kids. We know what a great opportunity it is for them, especially for kids that it would have been their first time, and for the counselors, it’s their summer job.”

This year, Fitch Camp, a nonprofit, will have few expenses, but Mahar said he will continue to be on the lookout for grant opportunities.

“Those are unfortunately few and far between,” Mahar said. “We talk to the people in the community and those who have been to the camp before. Hopefully, they will see that we care and donate to the camp — simply because the cost to run the camp is pretty expensive, and we always need donations.”