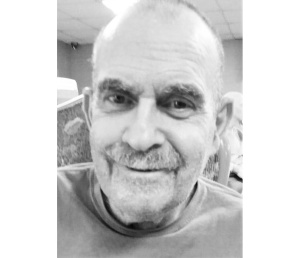 He was born March 31, 1947, in Elkhart, the son of Leonard and Margaret (Smith) Botts, and he graduated from Elkhart Central High School in 1965.

Mike worked for Vincent Bach, in Elkhart, where he assembled musical instruments until 1980. From 1980 to 2012, he moved to Urbana, Ohio, where he and his wife, Sharron, owned the Champaign Lanes bowling alley until 1993. He continued in Ohio, where he owned his business, Mike’s Home Improvements, until his retirement in 2012, when Mike and Sharron returned to Michiana. He was an avid bowler and could build and fix anything. He had a long and brave battle with Alzheimer’s Disease.

Mike was married in 1975 to Sharron (Carpenter) Krupp in Elkhart, and she survives with his children, Michele Carter, of South Bend, Jeff Yoder, of Elkhart, and Brian Yoder, of Florida. Also surviving are three step-children, Gerrie Krupp and Sally Haines, both of Edwardsburg and Dennis Krupp, of Cassopolis. There are five grandchildren and four great-grandchildren; as well as a sister, Pat (Roger) Simpson; and brother, John (Diana) Botts, both of Elkhart.

The family thanks all who have helped and supported them in Mike’s time of illness, including the care and attention from Caring Circle Hospice, of St. Joseph, Michigan.

There will be no service at this time. Arrangements are by the Paul E. Mayhew Funeral Home, Edwardsburg.