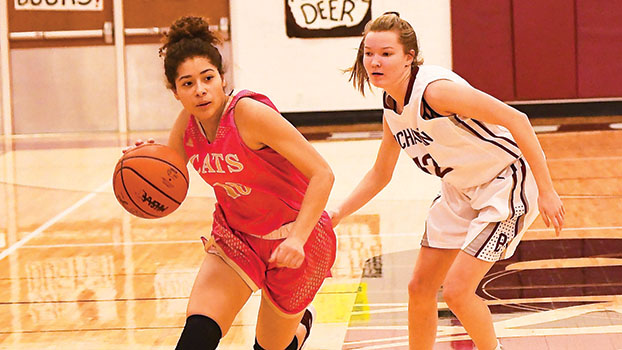 Last month Abdullah became the first Brandywine girls basketball player to be named Division 3 All-State when the Associated Press made her an honorable mention selection.

The Basketball Coaches Association of Michigan followed that up by also naming Abdullah first-team BCAM’s Best (All-State), her fourth straight year of receiving the honor from BCAM. She was joined on the team by Bobcat senior Kennedy Byrd, who was an honorable mention selection. 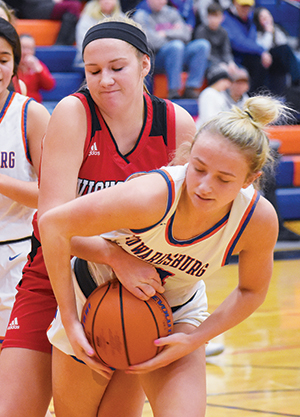 “‘Z’ is the first-ever basketball player in the history of Brandywine High School to be named all-state four years in a row,” said Brandywine coach Josh Hood. “She graduates as the second-leading scorer in school history. [She is] an awesome kid.”

Hood said that Byrd was one of the hardest-working players he has ever coached.

“We could always count on Kennedy for eight to 10 points and eight to 10 rebounds,” Hood said.

“She started as a freshman, which is tough to do in our program and got better every season. Kennedy was also named Academic All-State and an outstanding senior student-athlete for having a GPA of 3.8 and above. Along with Zakiyyah, this gives our program 11 all-state players in 11 seasons.”

In Division 2, Edwardsburg’s Claire Bartz was a first-team pick by BCAM, while Niles’ Alycia Patterson was an honorable mention selection.

“Claire did a great job for us this season,” said Edwardsburg coach Jon Pobuda. “She grew as a leader and a player and was a big reason we won our fourth straight Wolverine Conference championship. I’m proud of the season she had, and I look forward to following her at St. Mary’s.”

Patterson set a new school record for points scored in a career as she passed Sarah Dreher Workman with 1,216 points.

“Alycia is a rare player,” said Niles coach Jessica Johnson. “She is humble yet hungry to win and get better. Alycia deserves all the recognition for her hard work. I am proud of her and her accomplishments.”

Girls on the Run Southwest Michigan to host virtual 5K