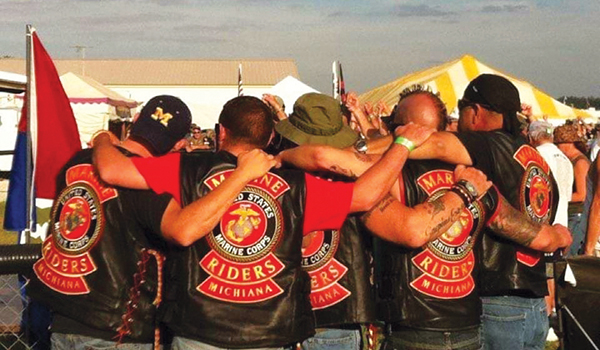 DOWAGIAC — Saturday, local motorcycle clubs across southwest Michigan will turn up for a memorial ride to honor one of their own.

Saturday, the Iron Gypsies Motorcycle Club will host a memorial ride and benefit for the family of Dennis Walters Jr., who died on April 18 from stage four metastatic renal sarcomatoid carcinoma.

Walters was the founder of Iron Gypsies Motorcycle Club in Paw Paw, a motorcycle club known for hosting benefit dinners and benefit rides, according to his wife of 26 years, Teliza.

To honor Walters, who was often called “Thumper,” Sam Butler “Bulldog,” the president of the Marine Riders Southwest Michigan, a local motorcycle riding club, has reached out to other motorcycle clubs, including those in northern Indiana. 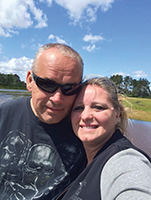 The ride will begin at 5 p.m. at Butler’s Tree Farm, 21515 Crane St., Dowagiac. Event organizers are requesting anyone who is riding a bike to arrive on site at 4:30 p.m. Following the ride, a benefit will be hosted at 6 p.m.  at the Iron Gypsies Clubhouse, 42976 W. Red Arrow Hwy, Paw Paw. Food will cost $10 a person. Proceeds will be donated towards Walters’ family.

“There will be many motorcycle clubs from both Indiana and Michigan coming together to pay honor and respect to the late Walters on Saturday,” Butler said.

Nicole Tienda, who works at Railway Café, 109 W. Railroad St., Dowagiac, said she and Larry Stacks, the owner of Railway Café, plan to attend the memorial ride and benefit to honor Walters, their friend.

“Larry has known Dennis since he was 8 years old,” Tienda said. “Him and Teliza would come into the restaurant every Saturday and have breakfast. Now, when we get to open it will be hard not to see him in here.”

In his obituary, his wife described Walters as the type of person who would do anything to help others who were in need.

A GoFundMe called “Team Dennis” was also created to help raise additional funds. Prior to Walters’ death, family and friends also supported Walters with shirts that read, “Team Dennis: his fight is my fight. No one fights alone.”

Saturday, everyone attending will have their Team Dennis shirts on to support the cause, Tienda said.

“Dennis was always willing to give out of his pocket, whether it be money, food or helping someone fix their motorcycle,” Teliza said, in her husband’s obituary.

Walters is survived by his wife, three sons, eight grandchildren and his pit bull.

Tienda hopes the community will come out to honor Walters.

“This benefit needs to work because he needed to raise $10,000 to help with things,” she said.  “We are trying to get all the support we can.”