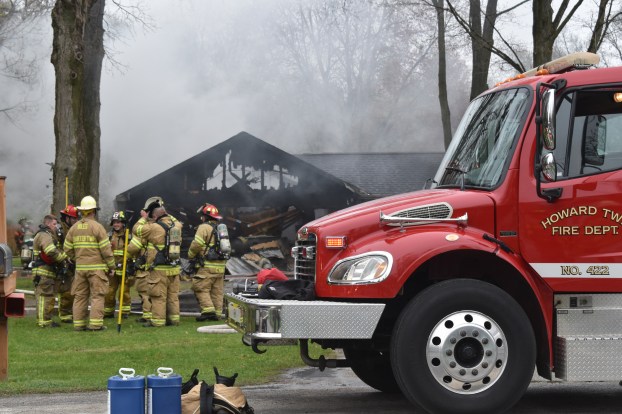 Firefighters on the scene of a fire on Yankee St. in Niles. The fire was contained to the garage. (Leader Photo/CHRISTINA CLARK)

NILES – Around 2 p.m. on Thursday, area fire departments responded to a call reporting a structure fire at 2397 Yankee St. in Howard Township.

Howard Township Fire Department’s Fire Chief Chris Corzine reported no injuries from the fire. From the street, the ranch-style home could be seen billowing smoke as crews continued to put out the smolder left by the fire. The garage connected to the home had its roof burned through and had collapsed inward.

“The fire has been stopped at the breezeway,” Corzine said, though the garage and the two vehicles inside were fully engulfed.

He did not report a cause of the fire.

NILES — The original plan for Crest Sales was to have its doors open to the public by now. However,... read more