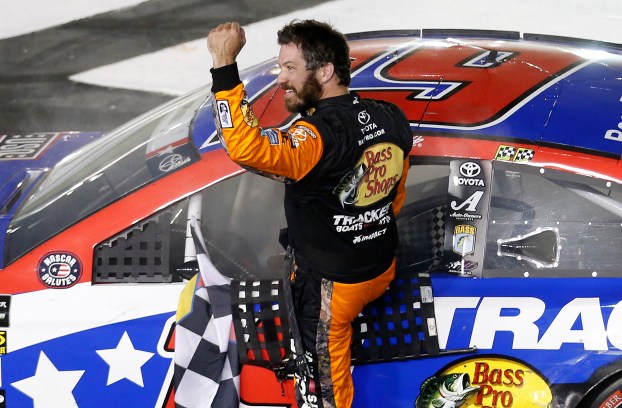 DAYTONA, Fla. — Joining the UFC as the only major sports organization to announce a specific return date, NASCAR announced that it will open its season May 17 with seven races over a 10-day stretch.

All 10 races will be run without fans in attendance. NASCAR said it would announce further schedule adjustments in the future.

NASCAR will begin its season at Darlington Speedway in South Carolina with a Cup series 400-mile race to be seen on FOX on May 17. The Xfinity Series will race 200 miles at Darlington on May 19 before the Cup series goes 500 Miles at the same track on May 20.

“NASCAR and its teams are eager and excited to return to racing, and have great respect for the responsibility that comes with a return to competition,” said Steve O’Donnell, NASCAR executive vice president and chief racing development officer. “NASCAR will return in an environment that will ensure the safety of our competitors, officials and all those in the local community. We thank local, state and federal officials and medical experts, as well as everyone in the industry, for the unprecedented support in our return to racing, and we look forward to joining our passionate fans in watching cars return to the track.”

NASCAR will head to Charlotte, North Carolina for four races between May 24 and May 27.

The Coca Cola 600 will be hosted May 24 and can be seen on FOX. The Xfinity Series will race 300 miles on May 25 with the Ganger Truck Series opening its schedule with a 200-mile race on FS1 on May 26.

The seven-race schedule concludes May 27 with a 500-mile Cup race on FS1.

“We are excited to welcome back the FOX NASCAR season to our airwaves to provide a return to live sports, a move toward normalcy and a much-needed distraction during these unprecedented times,” said Mark Silverman, president, National Networks, FOX Sports. “While we are thrilled to return to the race track, the health and safety of our employees and all race participants is our top priority.  We will continue working in lockstep with our partners at NASCAR and the race tracks to follow all national and local health guidelines.”

In-race competition procedures remain largely unchanged, though NASCAR will eliminate practice for all events during this opening return slate, as well as qualifying for all events except the Coca-Cola 600.

Dowagiac’s Summer in the City canceled due to pandemic

DOWAGIAC — A 34-year-old summertime event will not be celebrating its 35th year due to the COVID-19 pandemic. Thursday, in... read more