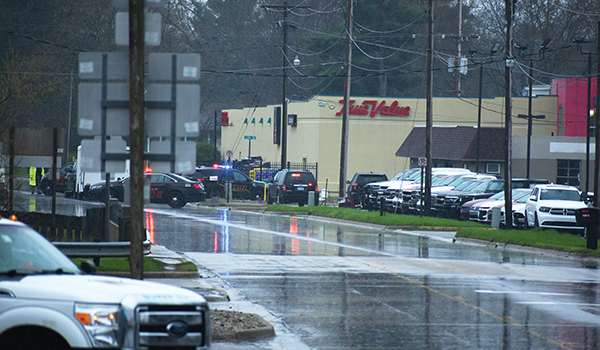 DOWAGIAC — M-51 in Dowagiac has reopened following the investigation of a suspicious package in the area.

Wednesday morning, Dowagiac police, the Cass County Sheriff’s Office and the Berrien County Bomb Squad responded to Hales Hardware in Dowagiac on reports of a suspicious package. An employee reported seeing a PVC pipe sealed at both ends with a wire coming out of it.

Once police arrived on the scene, it was determined the package was suspicious and looked as though it could have been some form of pipe bomb. As a result, the road was closed, and the Berrien County Bomb Squad was called to investigate.

Following a roughly three-hour-long road closure, the PVC pipe was determined to be empty and nonexplosive.

Cass County Sheriff Richard Behnke said there is no evidence there was malicious intent behind the pipe being left outside Hales Hardware. No threats were made nor were any notes were left at the scene.

“We think this was just a suspicious-looking item that either fell off of someone’s car or was left behind,” Behnke said. “We took all the necessary precautions to investigate. … It is better to be safe.”