ST. JOSEPH — A Berrien Springs woman is facing the possibility of spending many years in prison after being arrested for allegedly soliciting someone to kill her ex-husband’s girlfriend.

Alana Georgieene Gonzalez, 58, of George Street in Berrien Springs, has been bound over for trial on a charge of solicitation of murder. That charge carries a maximum penalty of life in prison if she is convicted.

No new court dates in the case have been set not only because of the COVID-19 crisis delaying court cases but because a visiting judge has yet to be appointed to handle the matter. A Kalamazoo judge handled the preliminary hearing via Zoom, but the Michigan Supreme Court has yet to assign someone permanently to the case.

The case is not being handled by any Berrien County Trial Court judge as all trial court judges have disqualified themselves. Berrien County Prosecutor Michael Sepic said the reason for the disqualifications is that Gonzalez’s ex-husband, Elvin Gonzalez, is the trial court’s Family Division administrator. 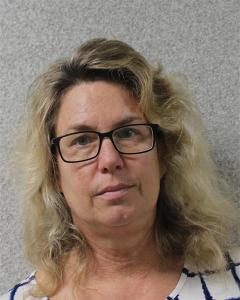 Sepic said that his office has not disqualified itself and will be handling the case. Although the defendant lives in Berrien Springs, which would mean the case would normally be assigned to the Niles courthouse, he said the actual solicitation of murder took place in the Benton Harbor area.

According to the warrant statement in the case, Alana Gonzalez contacted a Benton Harbor man in January about killing the other woman and made a number of payments to him. The man, Quacy Roberts, reported the situation to Benton Township police, saying he had been contacted by a woman who communicated with him via text.

Roberts told police he had taken a number of payments from Gonzalez who identified herself as working at Kohl’s in Benton Harbor and went by the name “Vodka.” He was to get a total of $5,000 for killing the intended victim who works at Spectrum Lakeland Health. The murder was to take place March 27 at the hospital in St. Joseph.

Meanwhile, an acquaintance of Roberts’ contacted police and also contacted the intended victim. The man showed the victim a picture of the person doing the solicitation, and the person was identified as Gonzalez. Gonzalez was also identified from the license of the car she drove when she met with Roberts.

A search warrant was executed on Gonzalez’s home in Berrien Springs on March 27, and cell phones, a laptop and a computer terminal were seized. Gonzalez was read her Miranda rights, but declined to speak to police without her attorney present.