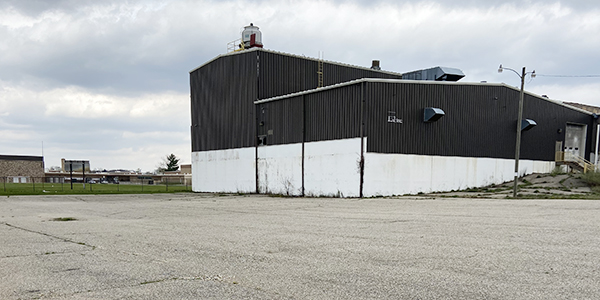 In 2014, Anderson recalled speaking with a representative of Melching Demolition, and first started asking about the price of tearing down the building located behind Dowagiac Union High School.

Monday, council members unanimously approved a resolution to authorize a bid from Melching Demolition for $135,000 to raze the former ICG Building.

“Three owners later, we are at that point where we are ready to go forward on this bid proposal,” Anderson said to the council Monday via video conference due to COVID-19 bans on in-person gatherings. “We are on the last stages of closing on the property now that we have all of our environmental studies back.”

Anderson predicted the city could take ownership of the property by early next week. The importance of getting the bid approved on Monday was two-fold, he said.

“By the end of this month, the original bid on this will have expired, and steel prices will have dropped,” Anderson said. “The pricing would need to go up. It’s important if we want to maintain this price that we do it now. The other piece is that there is a sliver of a window that if everything can go right, and we hit, we can get started on this project quite soon.”

Anderson confirmed from a recent environmental study that there is a small amount of asbestos, primarily located in the hopper and bend of a piece of foundry equipment.

“The environmental company has looked at it in the past, and they have a really good handle on it,” he said. “The first thing they have to do is an asbestos assessment and certify it and send it off to the state. They will be out [Tuesday] to do that.”

As the motion was passed, Anderson mentioned how the city council was not the only hand involved in this project.

The plan for the former ICG building is for the city to own the property. At the same time, Dowagiac Union School District has contributed funds toward the purchase and demolition costs as part of an overall long-term lease for the property of the ICG building.

Anderson said the new space would become additional parking for sports events, and the school will be able to use Northwest Park on the other side of the street for ongoing athletic activities.

“I think getting this building taken down and working with the school as they are looking at the different development options around the area for a sidewalk, green space and parking, has been fun,” Anderson said. “I think it’s going to be a real transformation on that piece of property in the next four to six months.”

Mayor Don Lyons called the demolition of the building a game-changer.

“You have the fencing around the athletic fields, the new baseball and soccer fields and the new track,” Lyons said. “It all hinders on getting that building down.”

Councilmember James Dodd called the demolition of the Former ICG building one of the biggest things the city has discussed.

“I think people will be tickled to death once it’s gone,” he said.