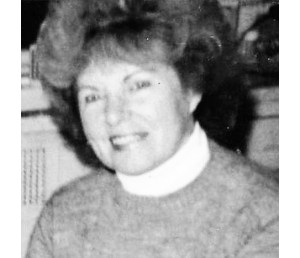 We respectfully announce the passing of Vida Maria (Iussa) Casperson, 96, of Niles. She passed away at 1:03 p.m. on Monday, April 20, 2020, peacefully, at home in her sleep, from natural causes.

She was born March 25, 1924, to Antonio and Emilia Iussa in Castel Dobra, near Gorizia, Italy. She had four sisters and five brothers. Her brothers passed early in life; her sisters later. Her sister, Vittoria, died in a concentration camp in Germany. Her sister, Antonnietta “Toni,” still survives with her husband, Howard “Charlie” Deck, along with their two sons, Walter and Steven; and Stevens’s two daughters.

Vida’s early life was idyllic, spending her days playing in the hills, fields and vineyards of the family property. She grew up in a compound house, which was home for her family, household workers, cooks, family doctor, along with their families. They farmed acres of land, which they shared with the workers. At the age of five, Vida presented Benito Mussolini a basket of grapes at a local festival.

She led an enviable life until it all changed in her late teens, early 20s, with the advent of World War II.

She and her sister, Vittoria, both determined young ladies, were part of the Partisani Movement to subvert German activities in the area. She was captured by the SS and Fascist Police.

After interrogation and not cooperating, she was transported to a camp in Buchenwald, in a cattle-car, with her sister. After a time in Buchenwald, they were transferred to Leipzig Camp. She never saw her sister again. After a year and a half of slave labor to the German Army and living in concentration camps, she was part of what seems to have been a death march. Marching 10 days in late winter, early spring, one morning the German soldiers were gone, they got word that the Yanks were coming. Vida and her group of other girls made their way, after various means of travel, back to Italy. At the culmination of all this, the family got back together, but at the loss of virtually everything.

Vida later married and moved to the U.S., where she had a son, Allen Casperson, who survives, along with his wife, Linda; and their children, Abel and Christina Casperson.

In keeping with her wishes, cremation has taken place.