DOWAGIAC — Two members of Southwestern Michigan College’s faculty, Professor Larry Wilson, of Niles, and Associate Professor Don Ludman, of Dowagiac, will retire in May after 48 years of combined service.

“I regret that we won’t be able to appropriately celebrate our two retiring professors, who added so much to the college in their terms of service. We wish them the best, and are delighted that they spent a great portion of their professional lives at SMC,” said President Dr. Joe Odenwald.

Wilson, advanced technology chairman, came to SMC on Sept. 2, 2008, as a part-time construction trades instructor with four decades in the industry, most recently as director of engineering for Almac-Sotobeer Construction in Elkhart.

Wilson, who moved to a fulltime position on Jan. 27, 2011, said, as someone who managed engineering departments, “I’d always been a teacher.”

When he first came to the college his construction trades green technology students gained real-world experience building Habitat for Humanity houses — one in Cassopolis, one in Dowagiac and two for Niles-Buchanan Habitat next to each other at the corner of Ferry and Ninth streets in Niles. 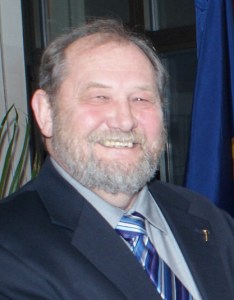 Wilson’s program offers three paths — a one-year certificate, a two-year associate degree or a bachelor’s degree in construction management through Ferris State University. Some graduates start their own businesses, others run multi-million-dollar projects.

As Wilson has said of hands-on trade careers, “Everyone told their kids to be doctors and lawyers and CPAs and forgot that somebody needed to fix your toilets and build your houses. You can make some pretty good money fixing people’s toilets and building houses.”

While at the college, the Logansport, Indiana, native completed an associate of arts in communication degree with a 4.0 grade-point average.

The Leader Publications columnist has dabbled in writing since he created his first short story in third grade. He prophesied his future at the small house kickoff on Oct. 22, 2015, when he said, “I have as much fun writing as I do building — and I didn’t think anything would replace building. I think [syndicated columnist] will be my retirement job.”

Wilson expects to divide his time between writing and his unusual approach to traveling. He will have more time to devote to finishing his novel, a comedic crime caper, he said. 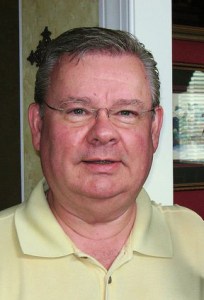 Wilson leaves wanderlust to chance, flipping the quarter he carries in his wallet. Heads, he goes this way, tails he goes that. One outing it got him all the way to Savannah, Georgia.

“The journey is what I’m after — not the destination,” the father of five and grandfather of six said.

Ludman is well-traveled, too, though more conventionally.

Ludman started almost 36 years ago as a part-time instructor on Sept. 14, 1984, and moved to fulltime in the social science department on Aug. 19, 2013. Teaching human development, psychology, abnormal psychology, introduction to world religions and social work, Ludman now encounters grandchildren of his early students.

Surprisingly, one of his fondest memories came moving into temporary cubicles in the Dale A. Lyons Building during reconstruction of the Foster W. Daugherty Building.

The Blissfield native received his bachelor’s degree in communications from Asbury University in Wilmore, Kentucky in 1967, a master’s degree in theology and ministry from Garrett Evangelical Theological Seminary in Evanston, Illinois in 1970, and a Ph.D. in health and human services/psychology from Columbia Commonwealth University of California/Montana in 2001.

Ludman was ordained an elder in the United Methodist Church in 1971, pastored parishes in Marcellus and Wakelee and directed education programs for the 2,400-member Kalamazoo congregation, his “bridge” to classroom teaching.

In 1979, he joined the staff of Cass County Mental Health (Woodlands) as a therapist and residential care specialist.

His wife, Dr. Naomi Ludman, who retired after 35 years at SMC, lived for 11 years in the British colony of Southern Rhodesia, which became Zimbabwe in 1979 — the year she came to the college to teach freshman composition part-time in a Comprehensive Employment and Training Act (CETA) position. She lived in Zimbabwe from ages 3 to 14 while her parents were missionaries there and in Botswana. The Ludmans have two sons and five granddaughters, including Larissa, an SMC-trained nurse.

Besides U.S. travels, the couple have visited Africa (twice, including their honeymoon), Europe, Mexico, Costa Rica and China.

Cuba was a desired destination, but due to the pandemic travel is not in his immediate retirement plans, which revolve around his hobbies — growing and trimming bonsai trees, enjoying his koi pond and 25-foot gingko tree, reading, writing and finally sleeping in, since during his career he routinely rose at 4:30 a.m. to prepare for the teaching day.

“Professor Wilson and Associate Professor Ludman have gregarious personalities that resonated well with students.  They will be missed greatly by the college, and we wish them the very best in retirement,” said Dr. David Fleming, vice president of instruction.

CASSOPOLIS — The pandemic has delayed the trial of a former Southwestern Michigan College instructor who is accused of a... read more