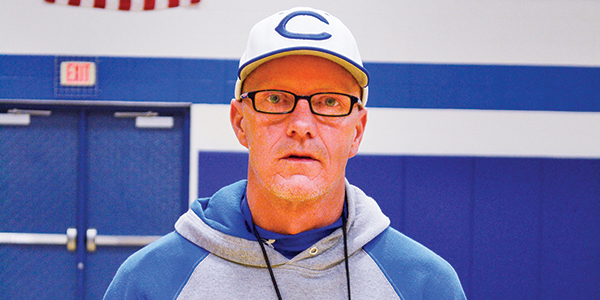 CASSOPOLIS — After spending 20 years as an assistant coach, three of them as an unpaid volunteer, Steve Green has been approved by the Cassopolis Board of Education to replace Dan Purlee as the Rangers’ varsity football coach.

Green, who also coaches track at Cassopolis, said that not much would change as he takes over the Ranger football program that has seen unprecedented success in recent years.

He takes over a program that went 71-21 under Purlee, which included back-to-back undefeated seasons in 2018 and 2019. Cassopolis has qualified for the postseason eight out of the last nine years, which included four district championships and a pair of regional titles.

Like Purlee, Green is a Cassopolis graduate who has spent nearly half his life coaching football at his alma mater.

“Dan and I actually started the same year together,” Green said. “I put together a staff, and we had two Zoom meetings. That has been the weird part because we have not been able to get together face-to-face. You are going to see the same football you have seen since, basically, I have been there.”

Green has been on the staff of Pete Anderson, Andy Hubbard, Bernard Thomas and Purlee.

“I am going to take a little bit from every one of those guys and add a little bit of me,” he said. “But it will pretty much be the status quo. I do not want to throw a bunch of new stuff at the kids.”

Under Purlee, Green worked with the offensive and defensive lines, as well as special teams.

Green understands he has some holes to fill due to graduation. He also knows that he returns some pretty talented players.

Cassopolis has built not only a winning program, but one that gets state recognition and sends players to the next level.

In the past seven years, the Rangers have had seven all-state selections. The team has also sent six players on to play college football in the last three years.

Green said that he still is planning on hosting some summer workouts once the Michigan “Stay Home, Stay Safe” order is lifted, and the Michigan High School Athletic Association clears the way to resuming sports participation.

BENTON HARBOR — As most of Michiganders shelter in place to protect themselves and their families during the COVID-19 pandemic,... read more