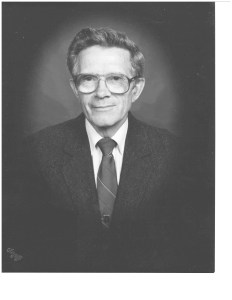 Rolland James Fisher, 92, formerly of Buchanan, passed away on April 20, 2020, in Indianapolis, Indiana.

Rolland was born on June 30, 1927, in Sodus, Michigan, to Rolland and Mildred (Clark) Fisher, who preceded him in death.

Rolland led an active and purposeful life. He was extremely physically active well into his late ‘80s and could often be seen jogging or biking, much to the admiration of his family and friends. He was always ready to extend a hand to help with yard or garden work.

As a young man, Rolland won the Golden Gloves in Chicago and had several professional boxing matches. Rolland proudly served his country in both the U.S. Navy and the U.S. Army.

He is survived by his son, Jerry (Nancy) Fisher; grandchildren, Matthew, Joseph and Madison Fisher; and great-grandchildren, Madelene, Elaine and Paisleigh. He is also survived by his brother, Adolf (Buddy) Fisher; and his sisters, Nancy Nelson and Carolyn Reiter; as well as a multitude of nieces and nephews. He was loved and admired by all of his family and will be greatly missed.

Rolland was a believer in Christ his entire adult life. His family takes comfort in knowing he is at home now with his heavenly Father.

Due to the current unprecedented guidelines limiting public gatherings, Rolland’s celebration of life will be hosted privately at a later date.