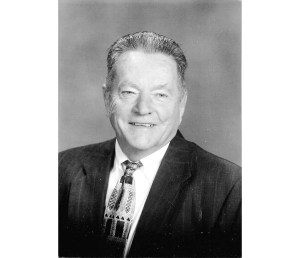 Larry grew up in Niles, graduating from Niles High School in 1953. While in high school, Larry ran track and set the record for his event, a record that still stands today. After graduating high school, Larry worked for Penn Central Railroad. He then worked at Lockshore Dairy before starting his own company, Cochran Oil.

Since 2001, Larry had worked as a Supervisor for the Howard Township Parks Department.

Larry married Mary Jo Young, who passed away in 2001.

To this union were born three sons, Todd, Timothy and Troy.

On Aug. 21, 2004, Larry married Diane Tate and they remained happily married until his passing.

Larry loved spending time with his sons, especially when he could go on snowmobiling trips with them.

He was a hard worker and took pride in his craft. Larry also managed several softball teams and made an impact in the lives of the players he coached.

He is preceded in death by his parents; his first wife, Mary Jo; and his oldest son, Todd.

Due to recent public health concerns, a memorial service will be at a later date.

Memorial contributions in Larry’s honor may be made to Pokagon United Methodist Church, where Larry was a proud member, The Old Rugged Cross Church or Heartland Hospice.

Memories, condolences and photos may be left for the family at BrownFuneralHomeNiles.com. Arrangements entrusted to Brown Funeral Home & Cremation Services, Niles.