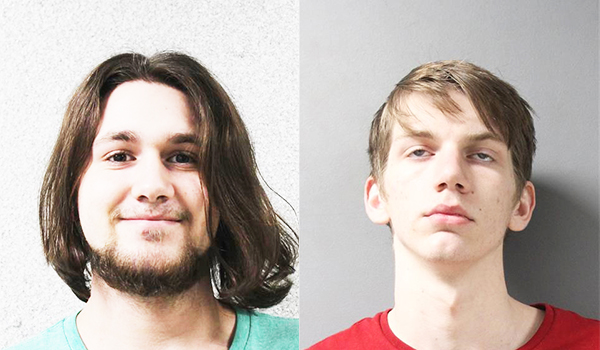 NILES – An armed robbery and shooting that occurred at a residence on N. Seventh Street in Niles last December has resulted in two men being sentenced to prison Monday in Berrien County Trial Court.

Caleb Alkire and Brandon Jordon were arrested Dec. 11 in connection with the incident that occurred Dec. 5 on North Seventh Street. Police reported at the time that a man told them that two men robbed him of money and marijuana at a residence in the 10 block of N. Seventh Street.

The victim told police that both suspects carried handguns, and one of them shot at him. That bullet did not hit him but did travel through the wall of a nearby home and nearly hit someone. Niles City Police investigated the incident and later arrested Alkire and Jordon.

Alkire, 19, of Niles, pleaded guilty to armed robbery, third-degree home invasion and assault with a dangerous weapon and was sentenced to 108 months to 20 years in prison, Berrien County Assistant Prosecutor Nicholas DeRyke said.

Charges dismissed as part of the plea agreement were first-degree home invasion, carrying a concealed weapon in an auto, two counts of felony firearms and one count of miscellaneous dangerous weapon.

Jordon, 18, of Edwardsburg, pleaded guilty to first-degree home invasion, breaking and entering a building with intent to commit larceny and felony firearms and was sentenced to 60 months to 20 years in prison for the home invasion charge and a consecutive two year prison term for the felony firearm charge.

Charges dismissed were carrying a concealed weapon in an auto, resisting and obstructing police, assault or assault and battery and another charge of felony firearm.

In other sentencings, three men were sentenced on drug and other charges.

The incident occurred Feb. 26 in Niles Township. Charges dismissed as part of the plea agreement included driving without an operator’s license, possession of a firearm by a felon, using a weapon in the commission of a felony and being a fugitive from justice.

The incident occurred Oct. 10 when he was arrested in Niles Township by the Southwest Enforcement Drug Team.

As has been the case in recent weeks, no members of the public were allowed in the courtroom and the defendants appeared via closed circuit television from the jail.

The Michigan Supreme Court ordered local courts in March to limit access to courthouses and to postpone most court proceedings unless defendants are in jail due to the COVID-19 pandemic crisis.