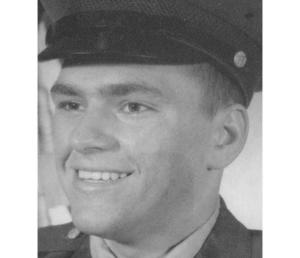 Richard was born on Jan. 7, 1961, in Norfolk Virginia, to Robert and Norma (Morris) Katterheinrich.

After graduating from high school, Richard enlisted in the U.S. Army. He was stationed in Germany for two years, then returning home to serve stateside for the remainder of his term.

Richard was a great cook, a talented artist and an amazing uncle. He enjoyed giving his artistic creations to his family members. His most treasured time was spent with family, especially during the holidays, the Fourth of July and Christmas being his favorite.

Richard loved his dogs, both past and present, his nieces and nephews, along with his brothers and sisters. In his free time, you would often find Richard out on the lake boating and fishing.

He will be remembered as a kindhearted, big teddy bear kind of guy.

He was preceded in death by his father, Robert Katterheinrich Sr.; and step-father, Donald Arnold.

A private family gathering will be at a later date.