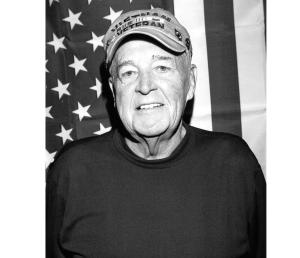 Lenny Whittaker, 78, of Niles, went home to be with Jesus on Tuesday, April 14, 2020, at Hospice House of South Bend after a hard-fought battle with Agent Orange (Vietnam 64-65), surrounded by his loving family.

He was born on July 25, 1941, in LaPorte, Indiana, to the late Leonard and Laverne (Mainard) Whittaker.

Lenny graduated from Niles High School, class of 1960, where he excelled as a running back and catcher. The oldest of five, Lenny would hike, run or do whatever necessary to be able to practice sports. After graduating, Lenny enlisted in the U.S. Air Force and served his country proudly during the Vietnam War where he managed to find time to play fast-pitched softball for the military. Lenny spent most of his career working for the railroads and retired as a railroad engineer following thirty-six years of dedicated service.

Lenny loved the sport of car racing, both building and driving. He served as the F.O.P. Little League Commissioner for several years and always found time to coach his sons and countless others. Lenny also enjoyed many years playing fast-pitched softball at Plym Park. Time in the sky was another passion of Lenny’s he even obtained his private pilot’s license.

Lenny was a man of faith and will be remembered for the kindness he always showed to others. Lenny and Sherry volunteered frequently at Hope Ministries, in South Bend. He was a member of Michiana Christian Embassy, in Niles, serving in various capacities. He enjoyed teaching adult Sunday school and had been a member of the elder board. Lenny was also proud of his service to his country and was a member of the American Legion Post 51 in Buchanan.

He was preceded in death by his parents; and two brothers, Bill and Gary Whittaker.

Leonard is survived by his wife, Sherry Whittaker, of Niles; two sons, Rev. Jeffrey (Doreen) Whittaker and Mark Whittaker, both of Niles; seven grandchildren; three great-grandchildren and his siblings, Sue (Gary) Wilks, of Missouri and Nancy Hildebrand, of Washington.

Due to the current, unprecedented guidelines limiting public gatherings because of the COVID-19 virus, there will be a private family gathering at Brown Funeral Home and graveside services, with military honors at Silverbrook Cemetery with his son, Rev. Jeff Whittaker, officiating.

A public celebration of life gathering will be scheduled at a later date.

Condolences and memories may be shared with Leonard’s family at BrownFuneralHomeNiles.com.

The family of Leonard Whittaker is being cared for by Brown Funeral Home, Niles.