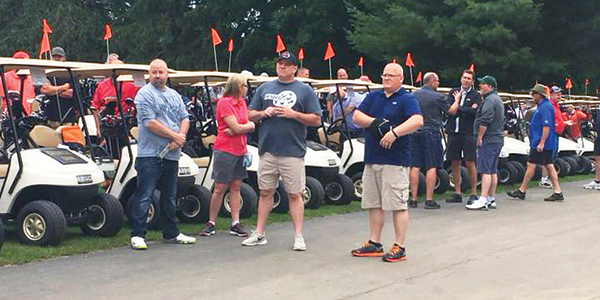 Golfers will have to wait until 2021 to participate in the Dowagiac Chieftain Golf Outing. Organizers canceled this year’s outing, which was set for June 18 at Indian Lake Hills. (Submitted photo)

DOWAGIAC — After initially deciding to proceed with plans for the 17th annual Dowagiac Chieftain Golf Outing, the committee announced it was canceling the event for 2020 Friday morning,

“The things I struggled with were, No. 1, I know businesses are strapped right now,” said Tom Carlson, Chieftain Golf committee member. “We are all going through a hard time. I did not feel comfortable hitting up the businesses up. The other thing I really struggled with was the school was not doing graduation. All these kids do not get to walk, and the salutatorian does not get to give his or her speech, and the valedictorian doesn’t. Then a week later, we are asking all the school employees to come out and work a golf outing. I just thought it was morally wrong.”

In the release announcing the cancellation, it also noted that the decision was “keeping all our families, friends, students, volunteers and golfers safe during this pandemic.”

Through the first 16 years of the outing, Dowagiac’s Athletic Booster Club and Schools Foundation have gotten a lot of support from the community. With the cancellation of the event, both groups will take quite a hit financially. The Dowagiac Chieftain Golf Outing was set to surpass $500,000 in money raised for the district this year.

“Another reason we decided to cancel it for this year is that there is still so much uncertainty,” Carlson said. “We just do not know what is going to happen. The way I am reading it, we would be one of the last states to begin reopening.”

The Chieftain Golf Committee wanted to thank Indian Lake Hills Golf Course, which has been a partner and host of the outing since its inception.

“I want to thank them for their understanding,” Carlson said. “We reserved the date a year ago. I made that call to them yesterday. They have been very supportive for 16 years. I told them I would be back next year. That is a big hit for them, too, because we are the second biggest golf outing they have. They could not positively tell me that we could even have that on June 18. They just do not know either.”

Carlson wants all the supporters and participants of the Chieftain Golf Outing to know that this is just a mulligan. The outing will return in the summer of 2021, and the committee is looking forward to continuing the success of the previous 16 outings.