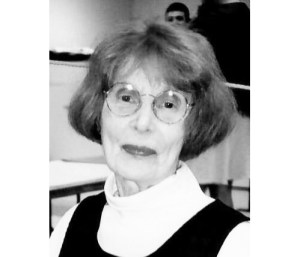 She graduated from Kalamazoo Central High School and attended Western Michigan University, where she met Donald, her future husband. Shirley and Donald were married in 1942 in Providence, Rhode Island. They resided in Rhode Island, Kalamazoo and Shelby, Michigan, before moving to Buchanan in 1950.

Shirley earned her undergraduate degree from Western Michigan in 1966 and an MFA degree from the University of Notre Dame in 1970. She taught art in the Buchanan High School for 15 years. After retiring in 1982, Shirley gave private lessons at her personal studio and taught at Fernwood and the Buchanan Art Center, which she helped establish.

Shirley was involved in many community affairs and organizations. For many years, she was active in the local chapter of the League of Women Voters. She belonged to the Buchanan Fine Arts Council, the Michigan Art League, the St. Joseph Watercolor Society, the Art Center of South Bend, Niles Art Association, Fernwood, the Buchanan College Club and the Buchanan Preservation Society. She was a member of St. Anthony Catholic Church.

Throughout all her years, Shirley studied and created art. While she produced prints, pottery, woodcuts, and sculptures in metal and clay, her primary artistic expression was in painting and drawing. Watercolor was her favorite medium, but she created works in oil, acrylic, pastel, pen and ink, colored pencil and charcoal. She painted abstracts, landscapes, still life’s and portraits. Her paintings were accepted and displayed in many juried exhibits in the area and won numerous prizes.

The current health situation requires a small, private funeral at this time, but the family plans to have a community memorial celebration when the virus crisis has passed.

The private celebration will be on Thursday, April 16, 2020, at St. Anthony Catholic Church, Buchanan, with Father Leo Cartagena officiating.

Private burial will follow in Oak Ridge Cemetery, Buchanan. Memorial contributions may be made to the Buchanan Art Center, 117 W. Front St., Buchanan.

A longer version of this tribute can be found and condolences sent online at swemchapel.com. Arrangements have been entrusted to Swem Chapel, Buchanan.

Shirley once said, “If I am not drawing or creating, it is the same as not breathing.” We are all saddened that she has put down her drawing pencil and breathed her last.

Leonard Whittaker, 78, of Niles, passed away at Center for Hospice Care on Tuesday, April 14, 2020. Arrangements are pending... read more