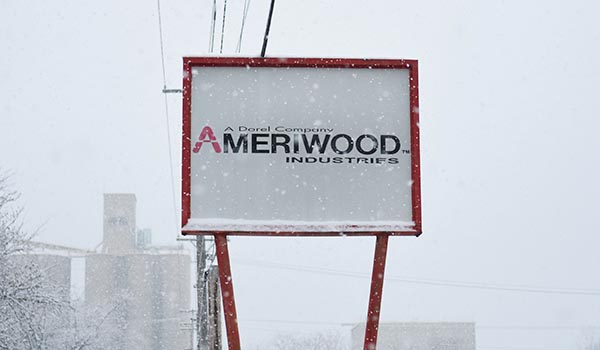 DOWAGIAC — A manufacturing operation in Dowagiac will transition to a distribution site amid the COVID-19 pandemic.

After hearing discussions over the weekend, Anderson spoke with Kimminau on Monday and confirmed the transition.

Anderson said Kimminau confirmed somewhere between 25 to 30 employees would be employed at the distribution center once it is complete. The time frame of the conversation piece was unknown.

“They do not intend to do anymore production out of their [site] effective immediately,” Anderson said.

The news comes after employees received a letter from Ameriwood Industries announcing the reduction of workforce pursuant to the Worker Adjustment and Retraining Notification Act.

A letter obtained by the Leader Publications stated, “There was already a significant downturn in our business, and now we are dealing with an immediate halt in business due to the COVID-19 pandemic and the Governor of Michigan’s ‘Stay Home, Stay Safe’ executive order, which has shut us down almost entirely.”

The letter stated Ameriwood Industries’ parent company, Dorel, had been forced to make financial decisions to survive the economic crisis resulting from the pandemic.

The letter, signed by Jean-Michael Fournier, president of Ameriwood — Ridgewood Division, stated the distribution site will become a warehouse operation supporting Dorel and production operations and remaining equipment will be moved to other facilities.

The exact number of employees working at Ameriwood Industries was unknown, however, Anderson said he heard anywhere between 100 and 140 people were employed prior to the announcement.

“There will be a reduction in the total number of jobs there,” he said.

Mayor Don Lyons added he thought around 100 people were employed at the manufacturing site.

A representative from Ameriwood Industries declined to comment on the transition.