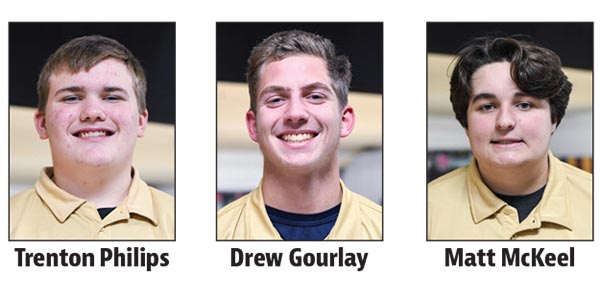 In the recently announced lineup, the Vikings had four of the five first-team selections.  They were Trenton Philips, Drew Gourlay, Matt McKeel and Preston Sharpe.

“Trenton came in as a freshman with lots of experience, so most of the season was spent working on mental toughness and correcting some muscle memory to achieve a better delivery on the shot,” said Niles coach Jim Jaynes. “His efforts awarded him top average in conference and No. 1 on the all-conference first team.” 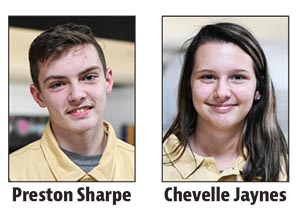 Gourlay was the lone senior on the Niles bowling team.

“Drew will be missed, but I’m sure with the rest of them coming back we should be very competitive,” Jaynes said. “His athletic ability and previous experience got him second-high average in the conference and second spot on all-conference list.”

McKeel is in his third year on the varsity bowling team.

“McKeel has been stepping up to the challenges the lanes give us at times and has had a great improvement in attitude,” Jaynes said.

“He missed a meet due to the bug that was going around in late January, got healthy, but struggled a bit at the last conference meet. But with a conference title on the line, he delivered in the 10th frame of the last game of conference season to win the game and keep the team undefeated on the season.”

“Sharpe bowled very consistent all season and never got down if he was bowling poorly,” Jaynes said. “This effort landed him on the all-conference team.”

The Vikings had three bowlers earn all-conference. Chevelle Jaynes was a first-team selection, while sister Shelby Jaynes and Alayna Duis were both second-team picks.

“Chevelle’s first year on the team as a freshman went well,” coach Jaynes said. “She came in with a lot of bowling experience having bowled all her life. The season was mostly learning about how to bowl in a more team setting and handle the different atmosphere of high school bowling. More than anything, she was consistent, which is important in bowling.”

Shelby Jaynes built momentum as the year went on.

“Shelby Jaynes came into her senior year season as our most experienced bowler,” coach Jaynes said. “Her season started a little slow, but she continued to rebound and improve through the year and bowled her best at the end of the season when it mattered most.”

Steady improvement by Duis allowed her to build on her junior season.

“Alayna Duis continued this season where she left off the previous season improving on her bowling,” Jaynes said. “She got better with spares, and that kept her scores decent even when she couldn’t find the strikes.”