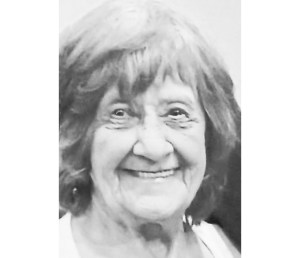 She graduated from Detroit Pershing High School and was employed as a dietary aide at Annapolis/Oakwood Hospital for more than 20 years before retiring and later moving to Niles.

In Detroit, Henrietta was a member of Christ the Good Shepherd Catholic Church and in Niles often attended Mass at Saint Mary of the Immaculate Conception Catholic Church and Saint Anthony Parish in Buchanan. She was a member of the Women of the Moose Auxiliary to Buchanan Lodge #449, Loyal Order of the Moose. She was a loyal fan of the Detroit Red Wings hockey team and the University of Michigan and also enjoyed watching television on the Lifetime and Hallmark channels. Her traveling was mostly to area casinos with her best friend, Bonnie and to her marathon shopping events — walking up and down each aisle, in order, pushing an empty shopping cart for hours. She was well known for her cooking skills, which included “overly browned” pork chops and the often-told legend of her frozen Jell-O.

She was sadly preceded in death just last week by a grandson, Daniel LaCroix, on March 24, 2020. She was also preceded in death by a daughter, Freda Ghedotte, on Nov. 23, 2015; and by a brother, Steven Jarosz; and son-in-laws, Charles LaCroix and Paul Reynolds.

Prayers for Henrietta Walus were read on Wednesday at the Halbritter-Wickens Funeral Home by the Rev. Christian Johnston of Saint Mary Catholic Church. The family will gather at a later date to share memories and honor her life.

Contributions in memory of Henrietta may be made to Saint Jude Children’s Research Hospital, 262 Danny Thomas Place, Memphis, TN, 38105; stjude.org. Online condolences may be left at: halbritterwickens.com.

Henrietta loved life and the people in it, her family was her greatest joy.