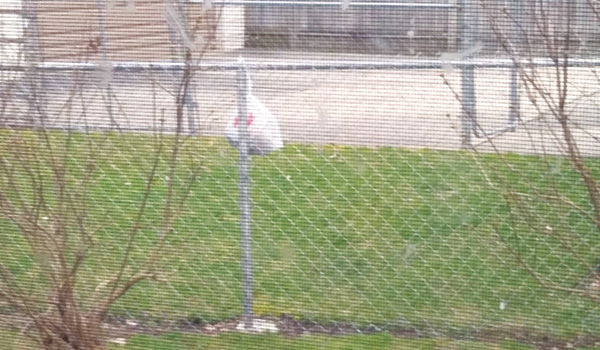 NILES — Social distancing measures in response to state mandates set in place by the COVID-19 threat have continued to change how communities interact. For the time being, recommendations persist that keeping 6 feet apart, and not gathering in groups, is the best path forward to slow the spread of the virus.

For those who live solo, like Niles resident Caryn Adler, relationships with her neighbors have taken on a new meaning of community. As a member of the Niles District Library’s adult services team and manager of the Niles Summer Concert Series, Adler is used to keeping busy and social.

For Adler, reaching out to speak to another human being each day is important. Last week, during a day when the weather was particularly pleasant, and many were enjoying the outdoors, she struck up a conversation with her neighbor, Julie Coultas-Sears.

“She was raking leaves up,” Adler said. “We talked across the fence; that’s the nicest way to do it. It’s how we stay in touch.”

The neighbors have begun texting one another as well, as they have gotten to know each other better. With a low fence between their properties, they are also able to keep an exchange that is mutually beneficial.

“I love to cook, and my work schedule didn’t allow me to cook very much,” Adler said.

The neighbors have forged an exchange over the fence that helps them both eat better. While Adler is not able to go grocery shopping at the moment, she is able to give money to her neighbor to grab what she needs at the store for her.

“I message Caryn and ask her if she needs anything,” Coultas-Sears said.

When Coultas-Sears returns with the groceries, she hangs them on the fence for Adler.

“We have a little thing going on where I’ll make enough of one meal and share it with her,” she said. “She’s very appreciative. I don’t have to deal with leftovers!”

The finished meal is bagged up and hung back on the fence for Coultas-Sears to grab.

“Caryn has been amazing during this quarantine,” Coultas-Sears said. “It is actually pretty fun passing things back and forth on my fence.”

Some of the meals that Adler has made for the both of them include French onion soup and pot roast, both with the roll included. She has also made a batch of chicken noodle soup.

Coultas-Sears expressed that though they are social distancing, Adler has been “a blessing.”

“I told her that she is spoiling me and that I won’t be able to go back to work,” Coultas-Sears joked.

Adler also takes food scraps to another neighbor on her street, who feeds them to her chickens. In exchange for feeding the chickens, Adler receives fresh chicken eggs.

As she speaks about her neighbors, Adler said that there are five people on her street who live by themselves. They try to check in with one another through the week. They are working to try to change their own attitudes about the current situation they have all found themselves in.

CASSOPOLIS — A teleconference meeting of the Cass County Board of Commissioner was over as soon as it began Thursday.... read more