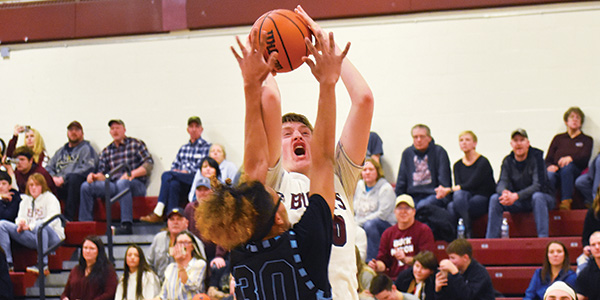 BUCHANAN — The top three teams in the BCS Athletic Conference Red Division each had two players named first-team on the boys basketball team.

Division champion Brandywine had Kendall Chrismon and Jordan Abrams receive first-team honors, while second-place finisher Buchanan landed Logan Carson and Chris Young on the first team. Carson, who averaged 15.3 points per game, was named the Red Division’s Most Valuable Player. Young finished second in the area in scoring with an average of 15.5 points.

Chrismon was fifth in area scoring with an average of 15.3. Abrams was sixth in the area at 11.8.

Bridgman, which shared second place with the Bucks, had Hunter Adams and Jayce Warren named first-team.

Honorable mention picks for the Bucks were Gavin Fazi and Brad VanOverberghe.

INDIANAPOLIS — The Indianapolis 500 Presented by Gainbridge has been rescheduled for Sunday, Aug. 23 due to the COVID-19 pandemic,... read more