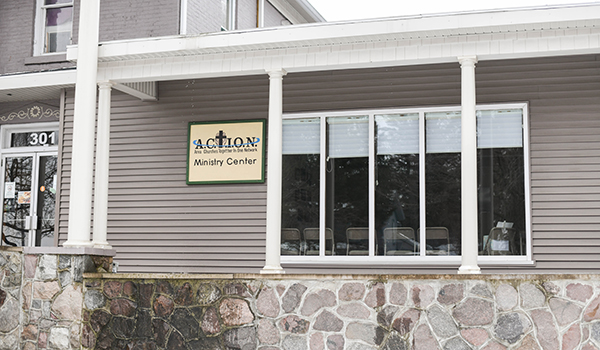 DOWAGIAC — James Lanning has worked for the American Red Cross for more than 10 years. During his employment, he has seen a lot of things. However, the current situation created by COVID-19 is unique.

As the coronavirus pandemic has circulated, the American Red Cross has announced an ongoing critical need for blood product donations during the uncertain time. Blood drives have been canceled at an alarming rate, and patients need a sufficient blood supply during the ongoing crisis, according to redcrossblood.org.

Lanning, a donor recruitment representative for the American Red Cross, works with businesses, schools, churches and anyone in Berrien, Van Buren, Cass and Kalamazoo counties to set up blood drives, recruit donors and put on the actual drives.

Earlier this month, The Timbers of Cass County, a senior citizen home in Dowagiac, had excitedly planned on hosting a blood drive for the community.

As the coronavirus took a turn and more cases popped up, Lanning said the nursing home and rehabilitation facility had to make the hard decision to cancel the blood drive.

“The people at The Timbers were so excited,” Lanning said. “They called me and said they just couldn’t do it.”

As the coronavirus starts to make its way through Michigan and as new cases develop every day, Lanning said his 17 planned blood drives have dwindled to three remaining in the area.

“There are representatives who have lost a lot more,” he said.

Some of those cancellations occurred because colleges, churches and other open venue spaces were forced to close due to mandates issued by Gov. Gretchen Whitmer.

A recent blood drive scheduled for Friday at ACTION Ministries, which offered to take over for The Timbers, was also canceled as Lanning said some of the Red Cross’ own staff had become sick.

Monday, Whitmer announced a “stay-at-home” executive order. Community blood drives hosted across the state are allowed to remain open as the executive order will enable residents to leave their homes for healthcare and public health operations.

The American Red Cross has also taken its own precautions to limit the spread of the virus by following its routine safety protocol. Red Cross staff wears gloves, routinely wiping down donor-touched areas, use sterile collection sets for every donation and prepare the donor’s arm with aseptic scrub, according to a press release from the Red Cross.

In addition, Lanning said the Red Cross is now taking the temperatures of everyone coming into the drive before they get into the blood drive room. Red Cross staff is also checking donors for signs or symptoms of the virus.

For drives that are still happening, Lanning said the Red Cross has to set up beds, histories, waiting areas and refreshment areas all at social distancing requirements.

For those who are looking to continue to support the Red Cross and are not able to physically donate, Lanning said hosting an actual blood drive is helpful.

“If you have a large area that is open with tables and chairs, then we could sure use the space,” Lanning said. “Another way is by volunteering. As we can put drives on, we need volunteers to work them still. The last way is to donate to the Red Cross.”

While Lanning could not give out official blood drive locations due to the continually evolving situation, he encouraged those interested in donating to look at redcrossblood.org or call 1-800-RED-CROSS.

“We are confirming drives almost daily as things change daily,” he said. “Keep checking, redcrossblood.org, as one day, there might be no drive, and the next day there is a drive.”

SISTER LAKES — Saturday, when the 6 o’clock whistle goes off, Julie Bovenizer will be on Round Lake with the... read more