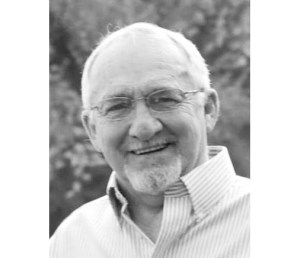 Billy is also preceded in death by his parents; his sister, Sue; brother, Danny; and granddaughter, Ava.

Billy worked for the Roofer’s Union, retiring after working more than 40 years. He was a member of the VFW, American Legion and the Moose Lodge. Billy enjoyed playing golf and loved watching his Chicago Cubs and ‘Da Bears. He supported the Special Olympics. Billy was very social, the kind of person who seemed to ‘run into’ someone he knew everywhere he went.

He will be remembered as a great dad who was hardworking, someone who found joy in being with his family and watching the grandchildren play multiple sports.

A private service for the immediate family will be held at 1 p.m. on Thursday at Halbritter Wickens Funeral Home 615 E. Main St., Niles. The visitation and funeral service will be live streamed at facebook.com/halbritterwickensfuneralservices.

Directly following the family service, he will be laid to rest at Mission Hills Memorial Garden in Niles.

Online condolences, messages and photos may be shared with the family at halbritterwickens.com.